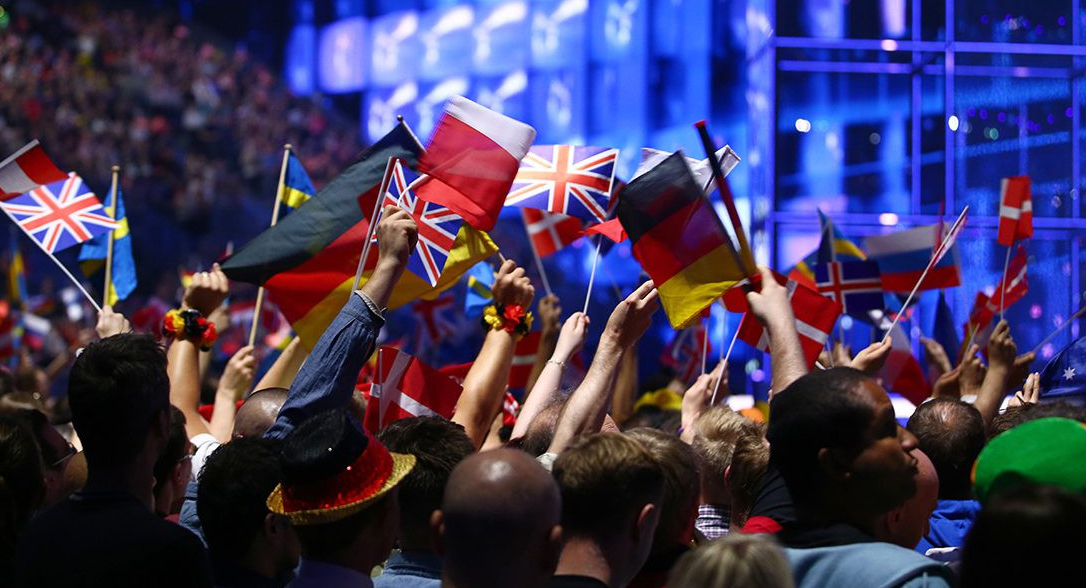 Eurovision national finals are probably the second most important part of each season, after the contest itself, of course! Fans not only around Europe, but also around the world sit in front of their screens to follow all the national selections broadcast in different countries. Some even prepare their own parties at home with balloons, flags, lights and other Eurovisionish stuff, they create the best environment to enjoy all the shows as they were in the live audience. But, have you ever wondered who watches the shows in different countries? What’s the impact of national finals? Keep reading this article to discover the answer!

Last weekend wasn’t as hectic as the previous one, we could enjoy three different shows, the last semifinal of Melodifestivalen, the premiere of the Slovenian entry and the second semifinal of Festival Da Canção. Let’s see the social impact and viewing figures those broadcasts had last Saturday.

Last Saturday SVT broadcast the last semifinal of the Swedish national selection, which saw Eric Saade and The Mamas go through to the final. The show was aired live from Stokholm’s Annexet. Let’s take a look at the impact the last Melodifestivalen semifinal had on social media…

The fourth semifinal of Melodifestivalen 2021 had a reach of 5.300.000 users under the hashtag #Melfest. This data means an increase of half the impact compared to last week. The show had its interaction peak at 20:51 CET when Eric Saade performed ‘Every Minute’.

Last Saturday, Sweden’s social audience ranked second worldwide with 20.4% of all comments. This data is remarkable because of the low use of Twitter in Sweden, with 1,150,000 users compared to the 6,300,000 users that Facebook has in the country.

If we focus on the audience country by country, the comments from Spain stand out especially on Twitter with 28.2% of the total comments, followed in second place by Sweden and in third place the United States, with 15.8% over the total, which is not shocking as the accounts without a predetermined location are automatically located in the USA.

The hashtag used by the official Melodifestivalen account #Melfest managed to enter the list of trends both worldwide and in 10 countries: Sweden, Russia, Australia, Germany, Belgium, Spain, The Netherlands, Poland, Ireland and Portugal.

If we focus on the audience by language, the preferred language for Internet users to comment on the fourth semifinal of Melodifestivalen 2021 was English, accounting for 43.8% of the overall comments, followed by Spanish, with 29.6%.

If we look at the social audience by age, the fourth semifinal of Melodifestivalen 2021 stands out above the rest of the shows (88.2% of the comments) in the target of users between 18 and 34 years old, as well as in the 25-34 age interval, with 56.6% of the comments.

It should be highlighted that Melodifestivalen is also watched and commented on by an older audience compared to other selection shows. The target age between 35 and 44 years has contributed a total of 9.7% of the comments.

Regarding the social audience by gender, the fourth night of Melodifestivalen 2021 was mostly followed by male users, whose comments have accounted for 62.5% of the total of those made during the night.

On the other hand, the posts about Eurovision made by users of the social network who followed the fourth semifinal of Melodifestivalen 2021, account for 37.5% of the total comments that were published that night.

When it comes to the audience that watched the contest, the fourth show of this year’s Melodifestivalen reached an average of 2.953.000 viewers, which means 235.000 less than last week. Also, it was the 15th most-watched Melodifestivalen show since 2002, when the semifinals were introduced in the format.

New Saturday, Melodifestivalen 2021 will continue with the Andra Chansen show, which will decide the last finalists.

Slovenia revealed their song for the Eurovision Song Contest 2021 last Saturday at a special edition of EMA 2021, which featured their representative Ana Soklič plus several reports about her preparations for the contest and the history of Slovenia at Eurovision.

Now, we’re gonna see the impact the Slovenian show had on social network and how the users interacted during the broadcast. Overall, EMA 2021 had a reach of 143.900 users under the hashtag #EMA2021, which makes it the least-followed national show last Saturday far behind Melodifestivalen 2021 Semi-Final 4 and Festival da Cançao Semi-Final 2. We can find the peak of interactions when the Slovenian song was premiered at 21.10 CET.

When it comes to the origin of users, we must highlight that 41.5% of the twits came from the USA (which is not shocking as the accounts without a predetermined location are automatically located in the USA). In the second place, we find the twits from Spain, which provided the overall data with 14,7% of the comments, and, in the third-place UK with 11%.

Slovenia, however, doesn’t even appear in the list of countries that mostly followed EMA 2021, which is normal as Twitter only has 99.600 users from the Balcan country compared with the 1M users on Facebook.

Now let’s look at the languages used to interact during EMA 2021! As expected, the main language used by Twitter members to comment during the show was English, which makes 70.9% of the overall results, followed by Spanish (12,9%), Slovenian (7,2%), Italian, German and Estonian.

The show Slovenia brought us to premiere Ana Soklič’s song had an audience share of 200,300 viewers, which means 21% of the total, becoming the most-watched programme of the night on the Slovenian television. So, 10,2% of the total population of Slovenia watched EMA 2021. Moreover, 19,100 viewers watched EMA 2021 on the public television website. This would increase the audience share to 219.400 viewers.

Last week saw the last semifinal of Festival Da Canção 2021 happen in Portugal. 10 candidates competed in the show, but only five of them advanced to the final that will take place on Saturday. Let’s see the impact the Portuguese semifinal had on social media and its viewing figures!

The second semifinal of Festival Da Canção 2021 had its interaction peak under #FestivaldaCanção at 22.25 CET, just when Ariana performed her song ‘Mundo Melhor’.

If we focus on the audience country by country, the comments from Portugal stand out especially on Twitter, followed by Brazil in second place with 20.2% of the overall comments, and in the third position, the United States, with 9.4% of the total, which is not shocking as the accounts without a predetermined location are automatically located in the USA.

Portugal‘s social audience ranked first in the world with the hashtag #FestivaldaCanção, 48.9% of all comments. This data is remarkable because of the low amount of Twitter users in Portugal, only 1,010,000 compared to 6,300,000 users on Facebook

Looking at the audience by language, the preferred language for Internet users to comment on the the show was Portuguese, followed far behind by English with 22.3% of the comments and Spanish, 5.1%.

If we look at the social audience by age, the second semifinal of Festival Da Canção 2021 was mostly commented under the main hashtag by users between 18 and 34 years, which means 89.8% of the overall comments. The show was mainly followed by users in the age group between 25 and 34, with 50.8% of the comments.

Regarding the social audience by gender, the second night of Festival Da Canção 2021 was mostly commented on by male users, whose comments account for 56.3% of the total of those made during the night under the hashtag #FestivaldaCanção.

Festival da Canção 2021 will come to an end on Saturday with the Grand Finale.