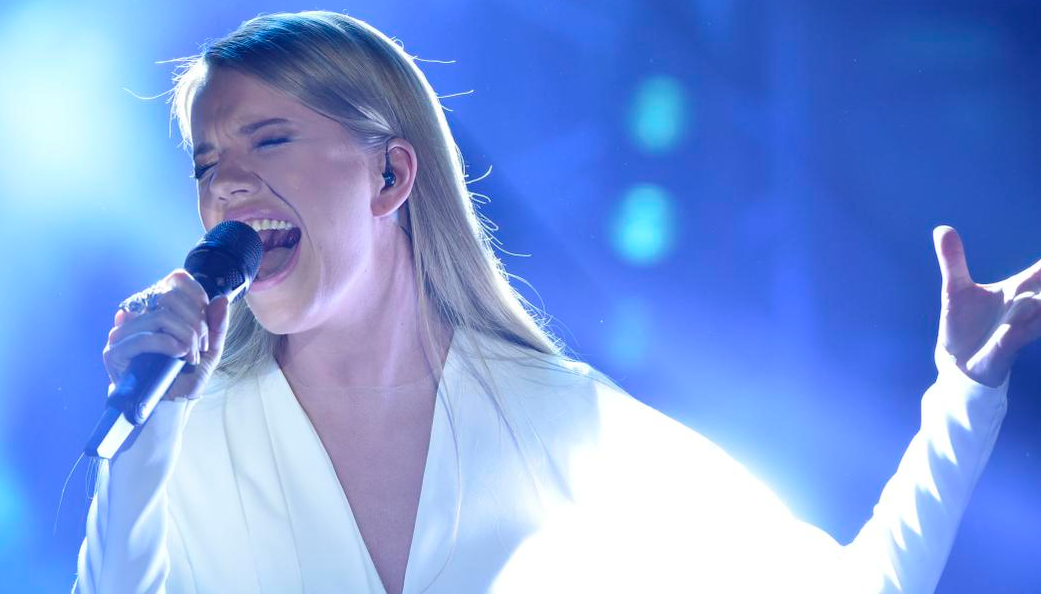 Slovenia has revealed its song for the Eurovision Song Contest 2021! Ana Soklič will perform ‘Amen’ in Rotterdam next May. The song was composed by Ana herself and Bojan Simončič. The team collaborated with lyricist Charlie Mason, who co-wrote Conchita Wurst’s Rise Like A Phoenix (Eurovision winner for Austria, 2014), Maraaya’s Here For You (Slovenia, 2015) and Bojana’s Beauty Never Lies (Serbia, 2015).

Ana Soklič won EMA 2020 and became Slovenia’s representative at Eurovision 2020. After the cancellation of the festival, RTVSLO decided that Ana could continue her dream of representing her country at Eurovision by announcing her as the 2021 candidate.

The Slovenian broadcaster opened submissions to find Ana’s new song earlier last summer and received a total of 191 tracks from which some experts selected the winning song. At the selection process, there were two different rounds and expert committees. In the first one, the members of the commission were two-time Eurovision Song Contest participant, and teacher at the University of Ljubljana, Darja Švajger, author of the Eurovision Song Contest 2007 winner (Molitva) Vladimir Graić and Ana herself. They shortlisted the songs to just three, which were evaluated by Darja Švajger, head of ZKP RTV Slovenia, Mojca Menart and musician, composer and singer Matevž Šalehar Hamo, who selected the winning song.

At the end of 2020, Soklič released the video clip for “Voda”, the song she would have performed at the Eurovision Song Contest 2020 had it not been cancelled due to the severe health crisis that hit the world because of Covid – 19. The video clip featured spectacular outdoor scenery coupled with the singer’s excellent performance and a routine of dancer Kaja Lin. The Slovenian artist wanted to dedicate the video clip to her grandmother Marija Rozman, who passed away last autumn.

Ana Soklič started in music at a very young age, training at an opera and jazz academy, where she began to compose her own music. Her most notable performances include collaborations with U2, Elton John and Mary J. Blige, among other artists, as well as singing for former US President Barack Obama and the Pope with the famous New York gospel choir “Harlem”. It was not the first time that Ana had taken part at EMA, she had tried it before twice, the first time in 2004 with a rock song “If you”, under the stage name Diona Dim; and the second time in 2007, also as Diona Dimm, with the ballad “Oče”, in which she showed her enormous vocal power. Both attempts were unsuccessful.

Slovenia has participated a total of 23 times in the Eurovision Song Contest since its debut in 1993, only missing two editions in 1994 and 2000. So far, they have never won the song contest, with their best result being two seventh places, in 1995 with Darja Švajger and 2001 with Nuša Derenda.

What do you think of Ana Soklič’s Eurovision 2021 entry?