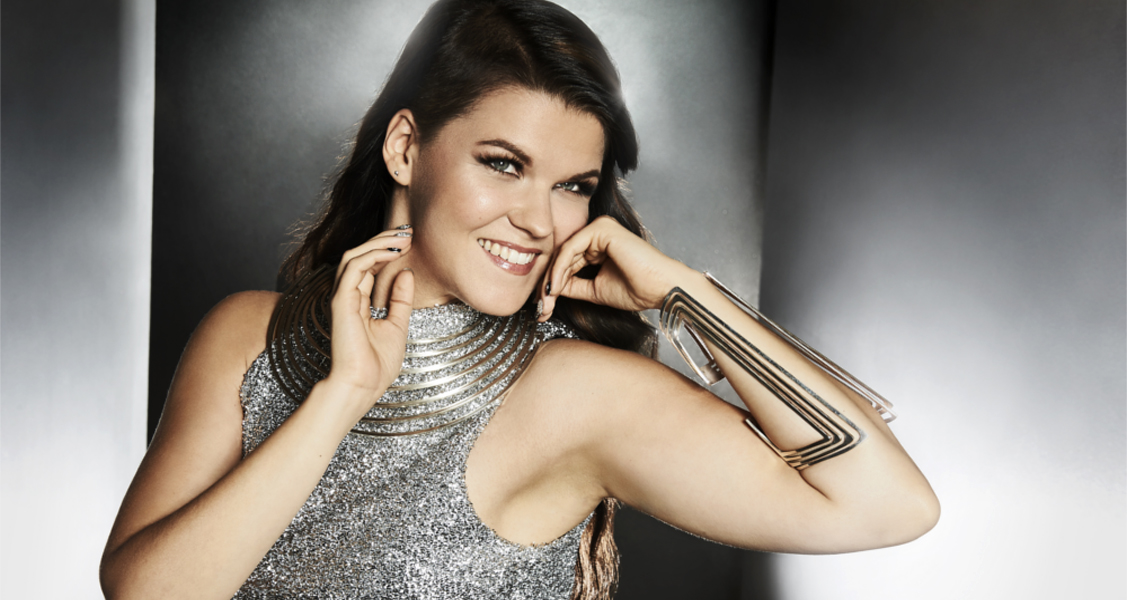 So unless you’ve been living under a rock for the past few months, you will know that Saara Aalto from Finland’s national selection for Eurovision (2011 and 2016) has been taking part in The X Factor UK. Last night was the 6th week of performances, and she gained a clean sheet of praise from the judges, with even Simon Cowell calling that “as near close to perfection as you can get”. Last night it was Disco Night, and Saara Aalto wowed the audience and the judges with her amazing performance of a Barbara Stresisand and Donna Summer disco classic “No More Tears (Enough Is Enough)”.

Saara has struggled through the week with the public vote, being in the bottom 2 now on 3 different occasions in 6 weeks of competition, and tonight proved to be another turn around for Saara, as she was the first person to be called as safe in the competition. The shock on her face once again was clear to see, but onwards to Week 7 of the show… could Saara Aalto become the first non English winner of The X Factor UK? During the show it was confirmed by presenter Dermot O’Leary that the top 2 during this week’s voting, which saw 2.5million votes cast, had never been in the top 2 before.

No fear, as Saara would sing, because you can see her on The X Factor Arena tour , check out information on that here. And hopefully we will see her soon in a Eurovision national selection next year or so, as Saara Aalto earlier in her time on The X Factor stated on twitter that she was not done with her dream of Eurovision yet.

Saara Aalto has previously taken part in Finnish Eurovision selection show UMK in 2011 and 2016, finishing 2nd both times, with songs “Blessed With Love” and “No Fear” respectively.