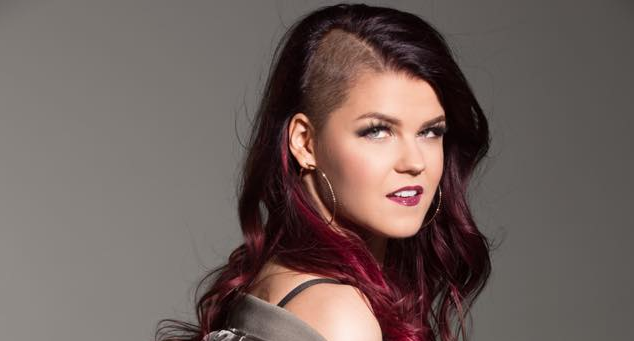 The 30-year-old Finnish singer who was the runner-up of UK’s X Factor 2016 has revealed that she has been asked by BBC to enter their national selection, Eurovision: You Decide. Saara Aalto has already tried to represent Finland in the Eurovision Song Contest three times.

‘There have been talks with the BBC, they really want me to do it,’ Saara told The Sun.

She added: ‘I love Eurovision so I have been searching for the right opportunity to be part of it. It’s just whether I should do it for the UK or Finland or some other country. But the UK is my home now. It would be quite fun, Eurovision has always been a dream of mine.’

Saara Aalto impressed the British audience at X Factor UK 2016, where she reached the second place behind winner Matt Terry.

The young singer has already attempted to represent Finland three times. In 2010, she tried to reach the shows with her self-written track ‘Meant to Be’. A year later, Saara gave another try and managed to go through to the live shows of UMK 2011 with the song ‘Blessed With Love’, where she came second behind Paradise Oscar. In 2016, a few months before her X Factor adventure, she competed at UMK singing ‘No Fear’, achieving another second place.

Saara Aalto is currently working with Warner Music, where she joined last month, and she was revealed as a judge on X Factor Finland a few months ago. Will we finally see her on the Eurovision stage in 2018?