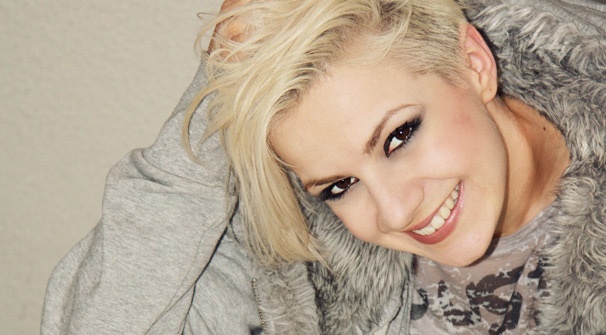 The last piece of this year’s puzzle has just been revealed. Poli Genova, who represented Bulgaria at Eurovision 2011, will be hosting Junior Eurovision 2015!

“I am really happy that Bulgaria is hosting the most prestigious song contest for young artists in Europe and that BNT decided that I am the right person to host it,” said the 28 year-old on her appointment. “I can wait to discover this event and I am sure it will be unforgetable! Let’s support the young artists together because they are our future.” Poli impressed at castings held a few months ago, where the producers of this year’s show auditioned television hosts for the role. Her excellent English and total stage confidence saw her shine, and is a natural in front of the camera – making her the perfect host for the target teenage audience.

Poli’s music career started when she was four years old, and in 1995 she joined the children’s vocal group Bon-Bon. To this day she still works with her first producer Rosie Karaslavova, and has since graduated from the Lubomir Pipkov National School of Music playing the clarinet and from the NATFA with a degree in Film Production.

The Junior Eurovision Song Contest 2015 will take place in Arena Armeec in Sofia, Bulgaria on November 21. This will be the first time that Bulgaria is organising an Eurovision event.