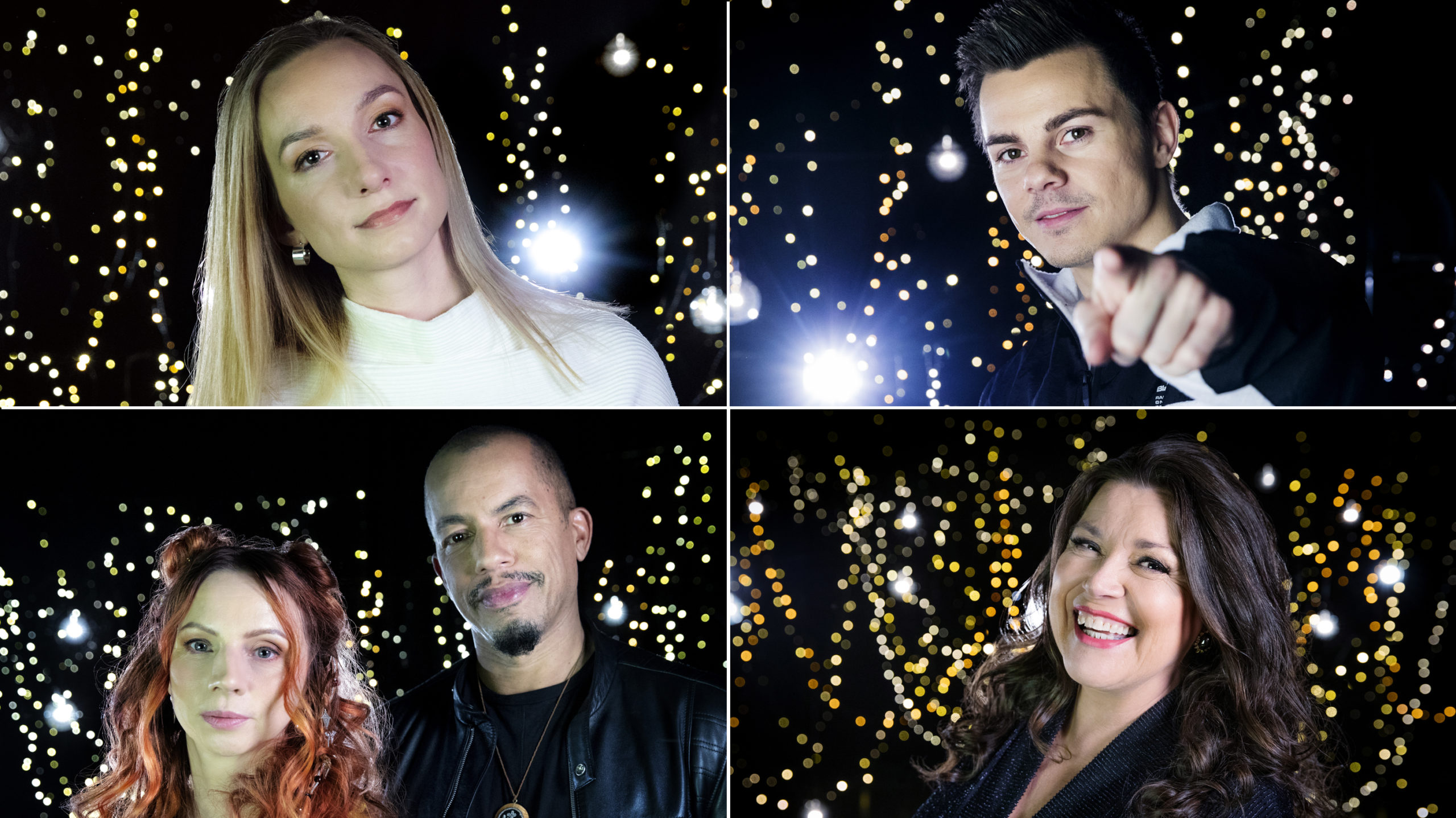 The final announcement from NRK has arrived as we approach the fifth and final heat of Melodi Grand Prix. We now have learned all the acts that will compete in this year’s competition. The four acts that will vie for a spot int he final on February 15th have been announced. See below for the NRK provided bio snippets and photos.

The Sámi singer/songwriter Elin Kåven (40) and songwriter and music producer Robin Mortensen Lynch started collaborating in 2015. Elin is from Karasjok in the Sámi region, while Robin grew up in Sandnessjøen and now lives in Sweden. Their musical project is about tracing our roots. They call their music “indigenous electronic pop”, mixing elements of electronic music with heavy rhythms and joik.

Liza Vassilieva: “I Am Gay“

Music and songwriting, art and drawing, have been a passion for Liza throughout her life. Watching music videos on MTV after school became her introduction to pop music. As a 19-year-old, she moved to Trondheim where she earned a master’s degree in European studies. During her time there, she became a part of the local songwriting community. Her first single, “Run Run Girl” was released on Trondheim Calling’s compilation album. Liza has participated in the songwriting camp “Song: Expo” every single year since 2013. In 2017, one of the songs she co-wrote was picked up by a record label in South Korea and later released by the K-pop girl group TWICE, with the title “Eye Eye Eyes “. In 2018 she released the single “Third Wheel”. Liza has also contributed to a couple of songs at Norwegian MGPjr.

Jenny Jenssen (55) was raised in Bjerkvik outside Narvik in Nordland county. She has released a total of 16 albums throughout her career. Her first appearance on stage was as a three-year-old. She won talent contests in the 1970’s and appeared on national television for the first time in 1978. Jenny Jenssen has a long and varied music career and is known for her likability and great connection with her audiences. In 2007, she participated in the Melodi Grand Prix with the song “Vil du ha svar”.

Kevin Boine (26) is from Tana in Finnmark. With 70 million streams, Kevin has become one of Norway’s largest Norwegian-language artists. Kevin made it to platinum in 2017, even without being signed by a record label. After that, he signed with Universal Music. In 2019, his popularity exploded in Sweden.

As Finnmark’s self-proclaimed party king, he will do everything to make you get those dance moves going. He says he also has a serious message behind his MGP participation. With “Stem på mæ” (Vote for Me), Kevin wants to encourage everyone to follow their dreams no matter how much adversity they encounter, and he wants to tell people to believe in themselves and enjoy successes, whichever way they choose to go.

You can listen to the songs now as well on all streaming platforms or at the link HERE.