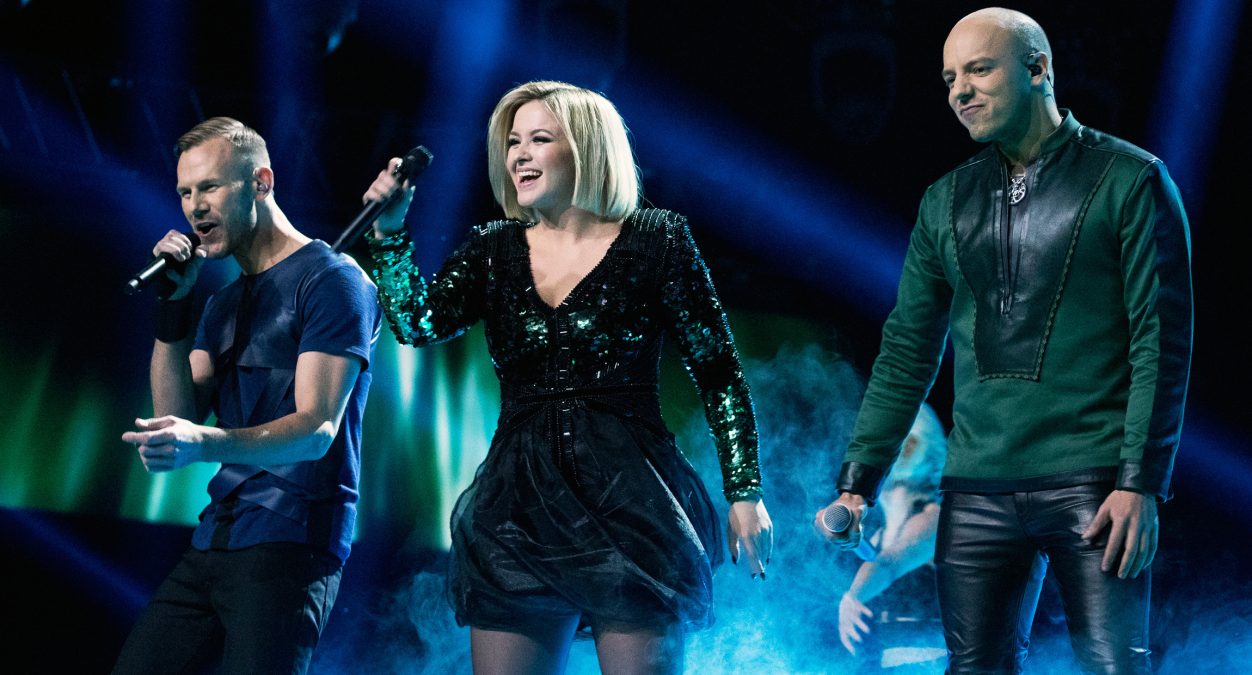 2019 televote winners, KEiiNO have been very very busy since they graced the stage in Tel Aviv back in May. Tom, Alex, and Fred have been popping up in places across the globe seemingly non-stop giving fans a chance to experience ‘Spirit In The Sky’ again while introducing new material along the way. After playing shows in the UK, Australia, and Sweden the trio has the place where it all began in mind as they have now publically announced a show the night before their successor is crowned at Melodi Grand Prix in Norway.

On the eve of the next edition of Melodi Grand Prix, Valentine’s Day – Keiino will be on the precipice of launching their debut album. And to celebrate there will be a special concert in Trondheim, so their fans in Norway and those travelling to Melodi Grand Prix can be amongst the first to hear the album’s material.

A large part of KEiiNO’s identity in their music has been the role of language. The group is committed to using the native tongue of indigenous people. In creating the upcoming album they travelled to Australia where they worked with Electric Fields who are of Aborigine origin and to New York to work with Canadian comic singer Charlotte Quamaq who is Inuit.

A group formed around the Eurovision Song Contest that is able to express these tenants of minority struggle and authenticity in the use of infrequently heard language is a refreshing development in the world of pop. Rising from a contest that is often dismissed as novelty pop by its critics, KEiiNO is offering a voice with gravitas. This doesn’t mean that their shows will be anything short of a pop extravaganza, but the infectious melodies and scandipop shine are only the surface.

KEiiNO recently released Norwegian translation/interpretation of the famous Christmas song “Fairytale Of New York” from the group “The Pogues” which seems par for the course at this point. The group have been able to find a way to remain in the purview of their fans with a slow drip of covers, new songs and appearances. Where many Eurovision acts fade from the foreground of many fans post-show, KEiiNO have found a way to thrive.

As 2020 approaches, Keiino can relax and take a victory lap. With a new album on the way, a focused identity and a welcome mat at virtually any Eurovision related event worldwide, they are set to enjoy success that all the Eurovision jury votes in the world could never have bought.

While their North American concert debut is pending, it’s only a matter of time. In the meantime, if you would like to catch them in Norway at this prestigious gig, tickets are available through Hoopla.