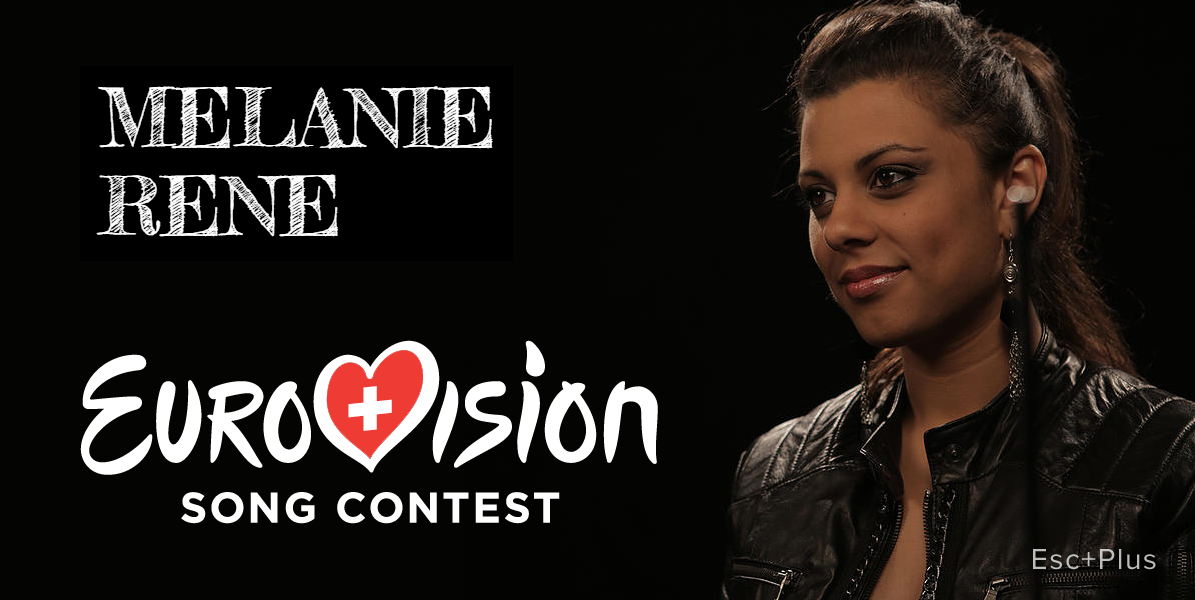 The Swiss national final for Eurovision 2015 “Die Große Entscheidungsshow” has just ended and we have a winner!

Mélanie René will be waving the Swiss flag in Vienna with the song “Time to Shine”.

Six songs have competed at today’s final and this is how they have ended:

During the show, hosted by Sven Epiney, each contender has performed two songs, one of them was their Eurovision entry while the other one was a cover of a famous hit. The winner has been decided by a mix of jury and public televote (50/50).

The Swiss final has taken place in the Bodensee Arena located in the city of Kreuzlingen (Switzerland).

Mélanie René born on 1st September 1990 in Geneva, Switzerland is of Mauritian origin. Born into a family of musicians, at a very early age she develops a love for music and takes her first step on stage at the age of 7, performing at various private and public functions.

By the time she is 9 years old music has become a real passion to her and she plays the piano by ear composing her first songs.

From 2003 to 2009, she joins a music school (Ateliers du Funambule) in Nyon, Switzerland, a school for young artists, songwriters/composers/performers. Whilst there, she takes lessons in singing, dancing, theatre, piano, music theory, as well as harmonisation with Nicolas Hafner. She also takes lessons in creative songwriting with Claude Lemesle, well-known author of popular French songs.

In 2008 Mélanie takes part in the International Festival “le Cerf d’Or” in Brasov, Romania. In the same year she is invited by the Romanian Television to take part in the celebration of the 40th anniversary of the Festival. The show is broadcast live on TVR 1.

February 2009: together with Eliane D’Ambre, she appears on the show “Y’a pas l’feu au lac” on Léman Bleu, Swiss television, where she sings a cover of Charles Aznavour.

Mai 2009: Mélanie represents Switzerland at the Georges Gregoriu International Festival in Braila, Romania and wins the 1st Prize singing one of her own songs “Il chante aves les anges”.

In May 2010 she returns to Braila, Romania as the guest of honour for the Georges Gregoriu International Festival, where she performs her song “Il chante avec les anges” and the show is broadcast live on TVR1.

Mélanie travels to the UK in September 2010 to study music at the well-known ACM (Academy of Contemporary Music) in Guildford, where she perfects her stage presence as well as her vocal technique and music theory. During this period she also creates a band (‘French Konnection’, that later became ‘The Motherfunkers’) and performs in various local pubs.

In 2012 she continues her studies at another well-known music school, BIMM (Brighton Institute of Modern Music) in Brighton, UK where she graduates after 2 years with a BA (Hons) degree. With her enthusiasm and talent she joins the band “Project Lumière” and with them performs locally.
Mélanie also worked with other bands during this time as a backing vocalist and solo performer at various shows, including charity events.

She is presently working on an EP of her own songs, which she is hoping to release by Spring of 2015, as a means of getting herself known to the media and the public.

What do you think about the Swiss choice?