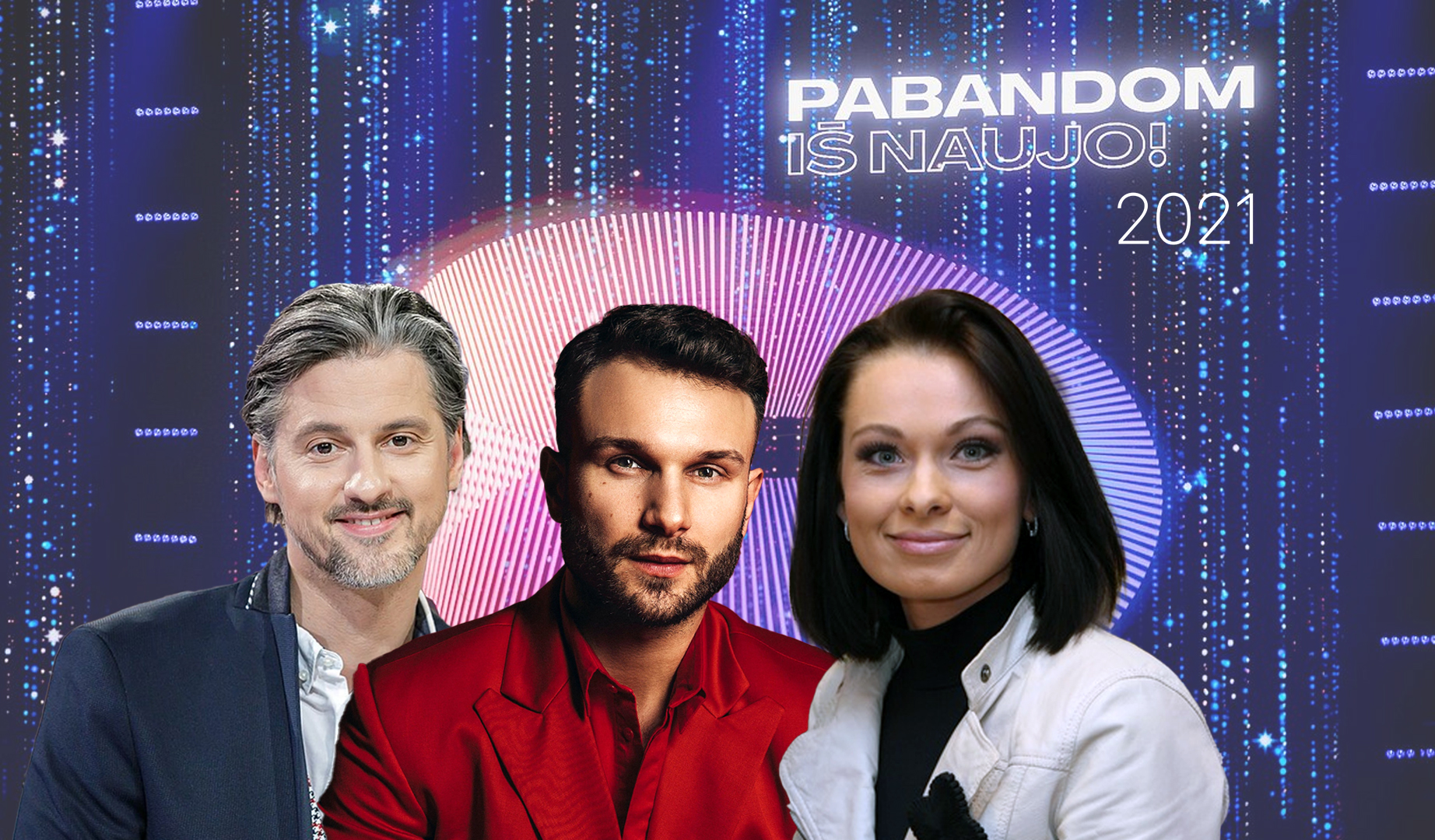 Lithuania is about to kick off its national selection, which for the second year in a row will be called Pabandom Iš Naujo after the success of its first edition in 2020.

The Lithuanian public channel, LRT, has revealed the names of the hosts of the four shows that will make up the Lithuanian selection for Eurovision 2021, which will start this Saturday, January 16.

Vytautas Rumšas, Ieva Stasiulevičiūtė and Vaidotas Baumila will be in charge of presenting the four galas that, as in previous editions, will be recorded at the LRT studios in Vilnius, the capital of Lithuania.:

A total of 21 participants, singers and groups, have been selected to be part of the line up of Pabandom Iš Naujo 2021, which will be held from January 16, 2021, and will be made up of four shows (two qualifying rounds, a semifinal, and the Grand Final), with the schedule as follows:

It is unknown for the moment if the grand final of the contest will be held at the Zalgirio Arena in Kaunas as it happened last year. However, this option is losing weight due to the coronavirus pandemic, and the strong restrictions in the Baltic country.

You can watch images and listen to some of the songs of the first heat on the official website of LRT.