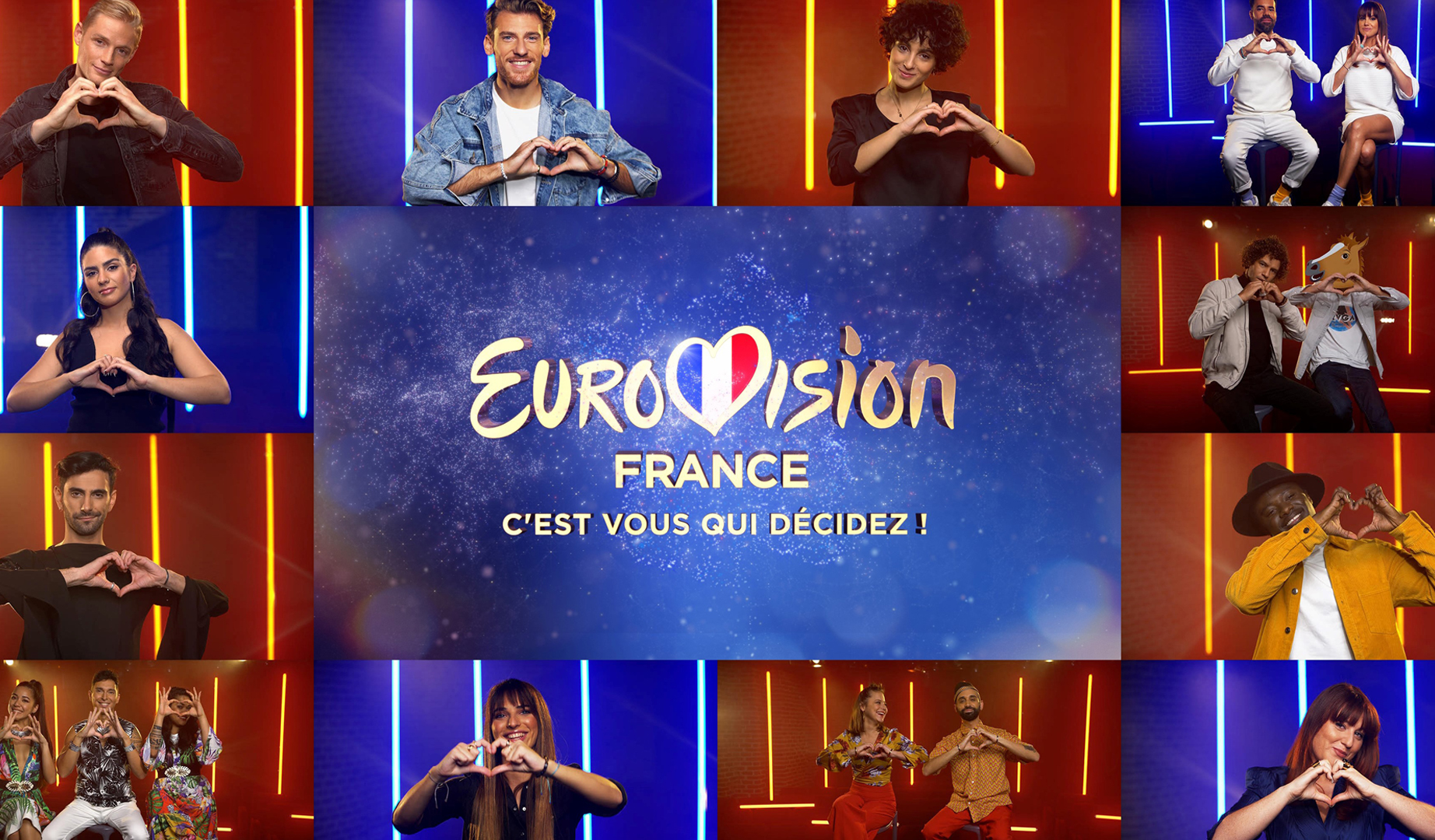 Following a day of speculation over TV listings and, in line with the announcement that they will host next year’s Junior Eurovision, France TV have finally unveiled the mystery and now we know all acts that will take part at this year’s renewed national selection format, Eurovision France : C’est vous qui décidez! Their audition performances―except Casanova’s for the moment being―are uploaded on the broadcaster’s official media player.

Starting on December 16th, France 2 will broadcast small 10-minute shows that will serve as portraits of each of the individual acts to help viewers gain some insight on them! For readers familiar with the older Destination Eurovision, this show format appears to be a direct successor of its Pastilles―which used to be small videos uploaded on the format’s Facebook page with interviews to each act. These presentations, under the name of Eurovision France – Les finalistes, will be broadcast at 20:40 CET each day after the evening news.

This format will consist of a single final show with the 12 acts hosted at some point in January by long-time commentator Stéphane Bern (French media report that one of the most recognizable faces in the country, Laurence Boccolini, will join him, though that is not yet confirmed). Like in many other selection formats, the audience watching from home will get 50% of the votes while a 10-member professional jury panel will decide the other half of the score. This jury will have five French members and five international members.

As many other formats, unfortunately there will not be an audience watching live in front of the stage due to the restrictions imposed by the Covid-19 crisis. We still do not know what venue will be chosen to host the event, though Redde-Amiel―French Head of Delegation―explained on an interview to 20minutes.fr back in June that it would be hosted outside of Paris.

All 12 entries cultivate a large variety of genres, from Amui’s Tahitian music to Terence James’ Scottish-influenced pop and Philippine’s young dance style. After listening to the entries, are you looking forward to the show? Let us know all your impressions on social media!