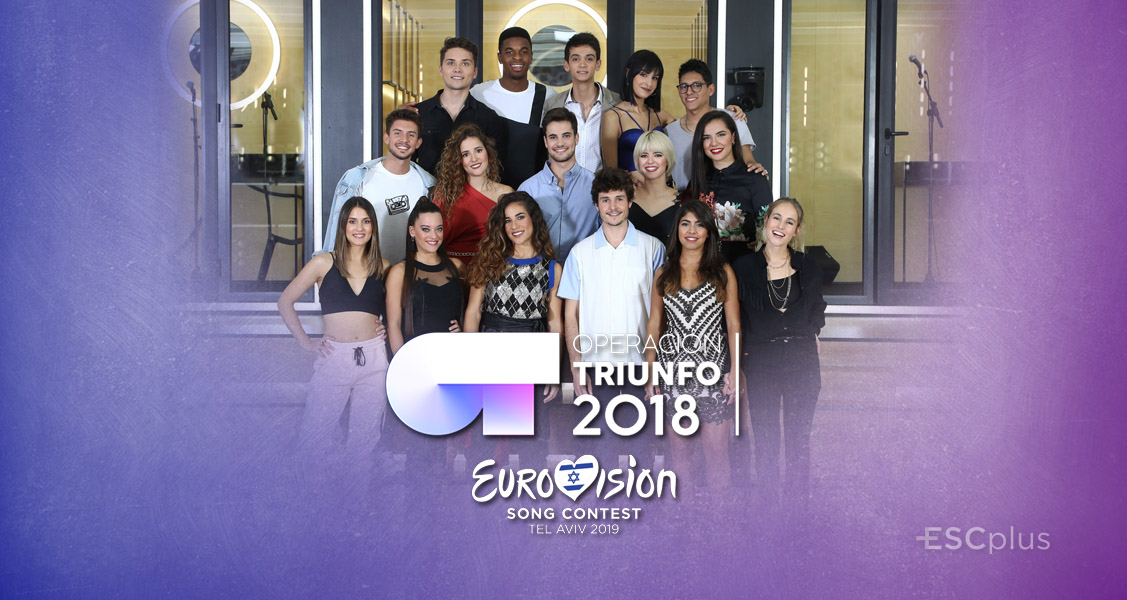 Right after the OT final, where Famous has been crowned the winner of this season, RTVE has published 1-minute snippets of the 17 songs that will compete at the online stage of the Spanish national selection for the Eurovision Song Contest 2019. The public voting has also been opened, so everyone can now vote for their favourites until January 2nd.

In early October, the Spanish broadcaster launched a public call for songs for their national selection featured as part of the talent show Operación Triunfo. When the submission period closed, an expert committee, made up of two fan club representatives, one RTVE.es editor and two music experts, listened to all the songs and shortlisted up to 10 compositions for the second phase. The remaining songs were selected internally as RTVE and OT producers also invited established songwriters to send their tracks. The broadcaster received more than 1.000 songs from both selection methods.

You can listen to the songs:

The top three of songs of the online voting will go directly to the final, while an expert committee will select the other seven finalists. So, ten acts will compete at the Spanish national final for the Eurovision Song Contest 2019, which will take place in January. Like last year, the winner will be decided by 100% public voting after a single voting round. In case of a tie, a new voting round will be opened to determine who will wave the Spanish flag in Tel Aviv.

Which are your favourite songs? Let us know in comments!