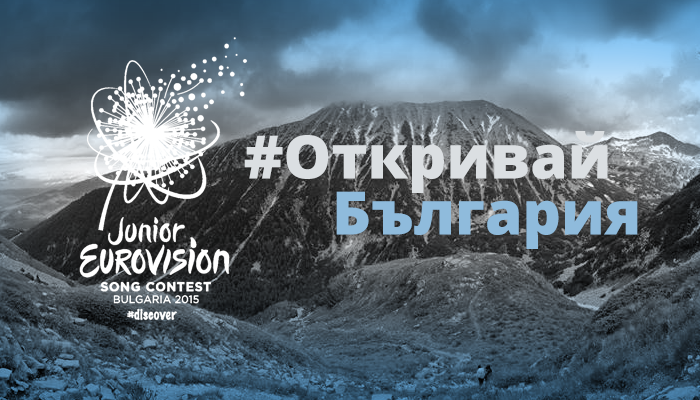 This year’s main soundtrack for the contest will see the light this Saturday after a long process of recordings. As the official website reports, Krisia Todorova will be giving the first live presentation of the song in front of the iconic Alexander Nevsky Cathedral in Sofia, at 10:00 local time (local time, – 11:00) and it will be aired on BNT1. Show Producer Gordon Bonello, and Stanislav Terziev (Director, TV Production at BNT) will also be starring at the event.

Some other exhibitions will be held simultaneously across 13 towns in Bulgaria, one for each year of Junior Eurovision – Belogradchik, Blagoevgrad, Varna, Burgas, Veliko Tarnovo, Gabrovo, Kazanlak, Lovech, Plovdiv, Ruse, Sofia, Stara Zagora and Shumen. This means that 2014 winner Vincenzo Cantiello as well as this year’s Bulgarian representative, Gabriela, will be performing in Veliko Tarnovo and Ruse respectively, as special guests.

As part of the ‘#Discover Bulgaria’ campaign, artists and children in the 13 cities will be invited to paint some of the most beautiful places in their region. The cities themselves will then choose the best painting, which will be put on display in a special art exhibition during the Junior Eurovision week in November.

This marks the beginning of this year’s Junior Eurovision Song Contest in Bulgaria! Just to remind you, the contest will take place next November 21st inside Sofia’s Arena Armeec, which can hold up to 15.000 people (but its capacity will see itself restricted due to production terms and the Green Room).