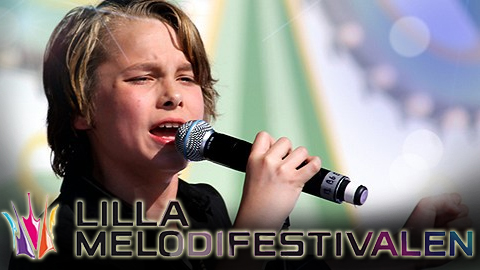 SVT has opened submission for their Junior Eurovision 2014 national selection. Swedish representative will be chosen externally once more time,  the Lilla Melodifestivalen 2014 final will take place on June 6th.

Until March 14th children aged between 12 and 15 years can submit their entries on the official web site of the broadcaster. All submission have to be according to the EBU rules wich can be found together with the formulary here (in Swedish). SVT has its own rule of the age restrictions because they run difficult preparations for the contest that can’t be easy for younger performers.

A small new feature has been included in this year’s selection: The candidates can send applications singing the song they want, not necessary a song composed by them, they can perform songs of their favourite artists or films… to show their talent in an easier way. The song for the contest will be requested for the live audition in Stockholm.

Selection Stages:
Stage 1: On-line Submissions.
Stage 2: 20 candidates will be selected and performers will be called to participate in an audition to take place in Stockholm.
Stage 3: 8 finalists will be chosen to participate in the television show. They will take part in special singing and dancing boot camp provided by SVT, they will also have studio help to produce the song.
Stage 4: The final date is set on June 6th
Stage 5: A professional jury will select the winning entry and entrant who will represent Sweden at Eurovision 2014 in Malta.

Who will represent Sweden at Junior Eurovision 2014?