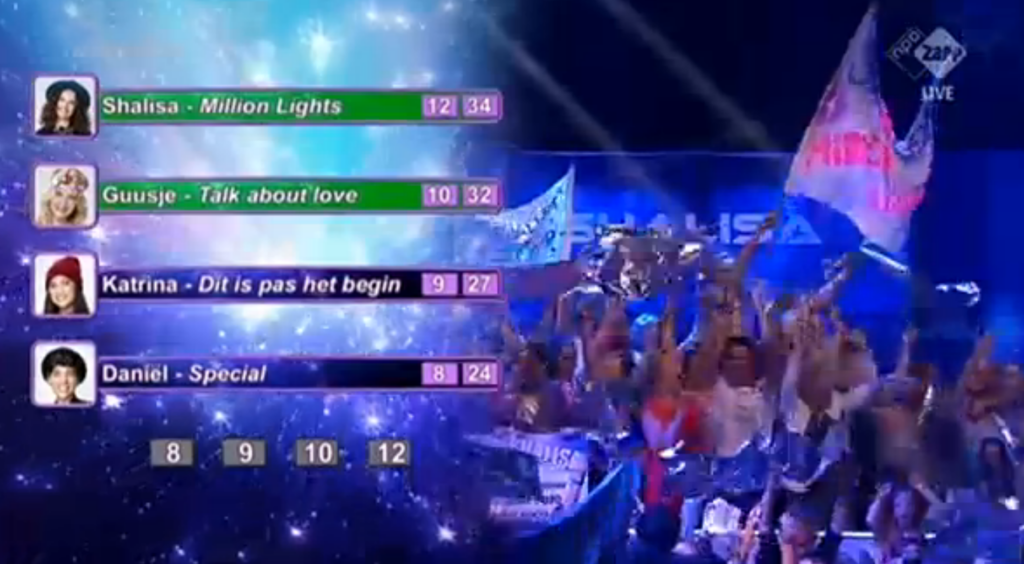 The two finalists were chosen by a mix of public televote and jury (Senior and Junior).  The professional jury, made up of Gerard Joling, Yes-R and Leona Philippo, and the junior one, leaded by the last year’s winner Julia, have been in charge of deciding 2/3 of the final result.

The second and last semi-final will take place next Saturday, September 26.