Listen to “Give me your Smile” below:

Mariam Shavladze, 10, is youngest member of the group. She participated in many projects, among them is a Music project “Ana-Bana”.

Mariam Samushia is 11 years old. She took part in many music contests.

Tamta Diasamidze, 11, She has participated in many contests. Tamta is a member of ensemble “Little Georgians”, the mentor of the ensemble is Meko Qavtaradze.

Ana Kvantaliani is 12 years old . She will appear at the big stage for the first time at 2013 Junioer Eurovision.

Saba Chachua,13, is a soloist of an ensemble “Imedi”. In 2006 he ranked the 1st place in the festival “Morning Star”, which was held in Moscow. In that very year, he owned Grand Prix in the festival “Children World”. In 2007 he participated in TV Project “Ana-Bana” and became the favorite and the face of the music project. Saba placed 3rd at the festival “Golden Shell”, which took place in 2011, in Anaklia. He took Grand Prix and ticket of the junior festival in several countries at “Almaly” – Junior Eurasia festival, which was held in Almaty, Kazakhstan. 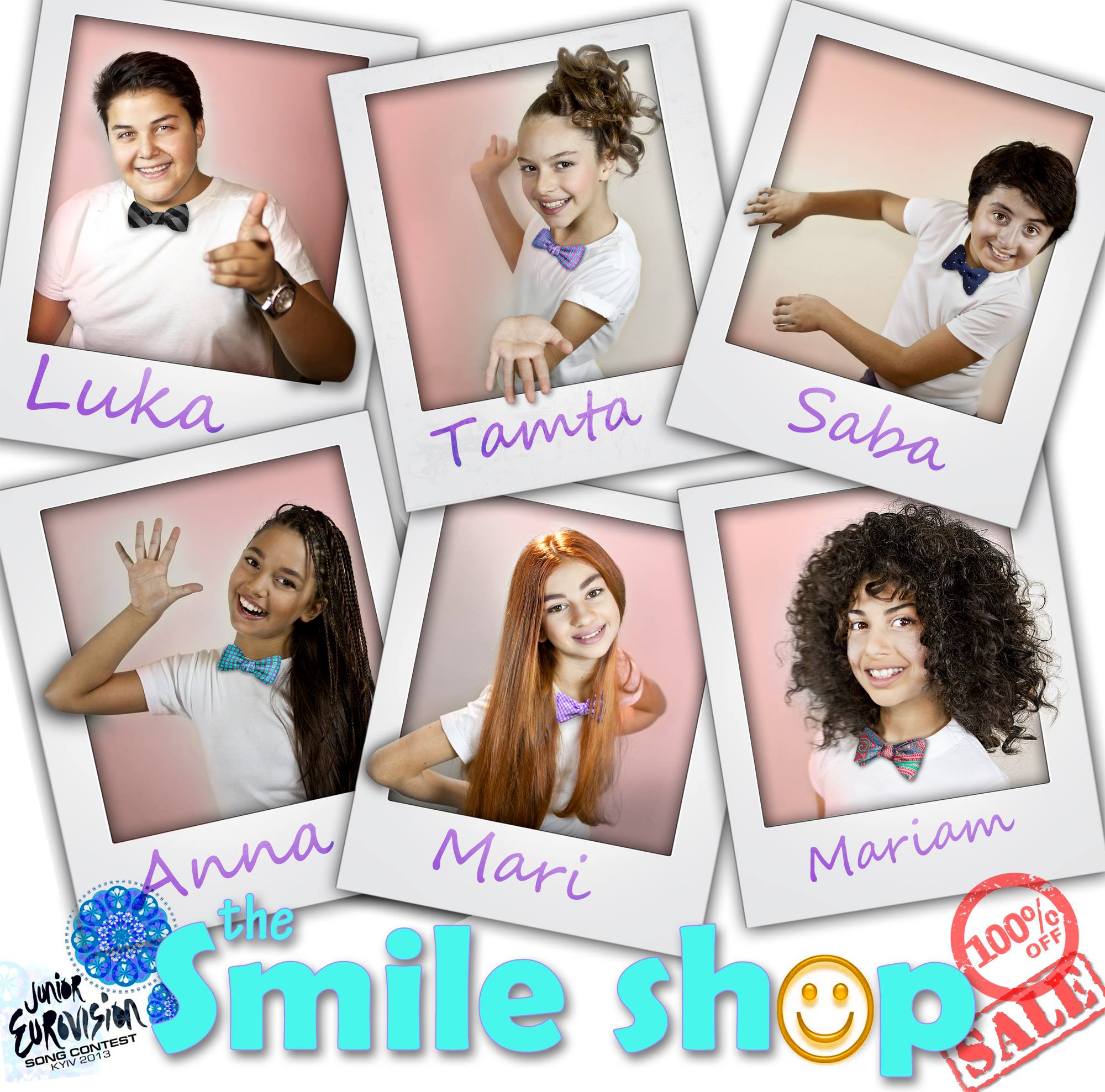 4 thoughts on “Junior Eurovision: Listen to the Georgian song “Give me Your Smile”!”