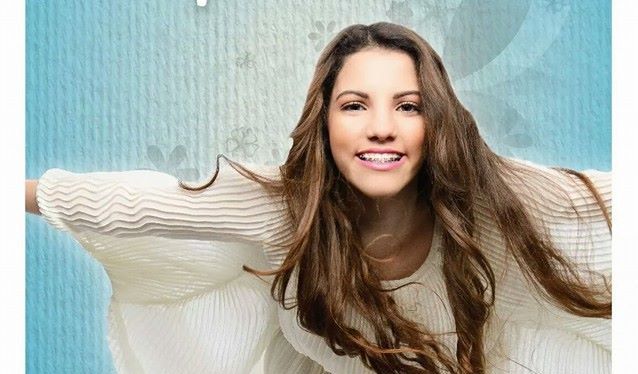 It has just been announced the Cypriot entry for Junior Eurovision will be presented this morning! And you can listen to “I Pio Omorfi Mera” (The Most Beautiful Day) and watch the videoclip below:

The English version will be premiered on KISS FM Cyprus at 12 noon and the Greek version on Sfera Radio (Cyprus) later on in the day.

Sophia was born on December 16th, 2000 in Nicosia Cyprus, and is now a third grade student at the English School, Nicosia. She demonstrated extraordinary talent in singing from a very young age, and started studying piano at the age of 5. Shortly afterwards she started taking voice, theory and Musical Theatre lessons at the “Potenzia Del ‘Arte” academy of talents in Nicosia, and began performing in various important concerts and events (also for various charities she is sensitive to).

From her first musical steps, Sophia worked closely with the Cypriot composer Stelios Pissis, singing his songs alongside renowned Greek and Cypriot artists. In 2005 (at the age of 5) she participated in the recording of the CD “Castalias & Sirens” of the same composer, and at the age of 9, she participated in the Musical “Rembetiki Rhapsodia” staged by the Limassol Literary Society at the ancient amphitheatre at Curium. She recently started composing her own material, and in 2011 she wrote the lyrics to, and composed and performed the theme song of the “Giving Color to Life” project of the “Cyprus Young Volunteers” for the renovation of the “Makarios Children Hospital” in Cyprus.

More recently, she has been a guest on various TV shows, while in the summer of 2014 she was selected to play the lead role of “Teenager” in the Cyprus National Theatre production of “Birds” by Aristophanes, touring all over Cyprus, making this her professional theatrical debut.

In July of 2014 she was selected by the Cyprus Broadcasting Corporation, after a proposal by Silver Spotlight Productions, to represent Cyprus at the 2014 Junior Eurovision Song Contest in Malta, marking the return of her home country to the event, after a five year absence.