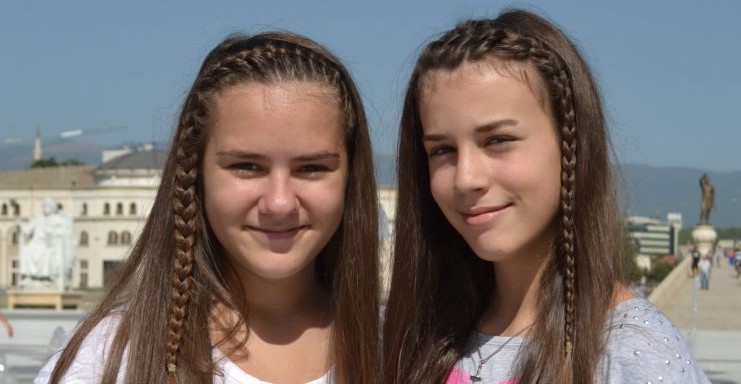 MRT has just announced the names of their representatives for Junior Eurovision 2015. 13-year olds Ivana & Magdalena will be waving the Macedonian flag in Sofia!

FYR Macedonia is back at Junior Eurovision after a-year absence. MRT has selected their act for Bulgaria through an open-internal which came to an end on September 6, when live auditions took place in the headquarters of the broadcaster.

During the live auditions, all participants performed two songs out of their own choice and one of the most successful Macedonian entries at Junior Eurovision: “Ding Ding Dong” (2007), “Prati mi SMS” (2008) or “Eo, Eo” (2010).

More information about Ivana and Magdalena will be revealed next week while the song will be presented at a later date.