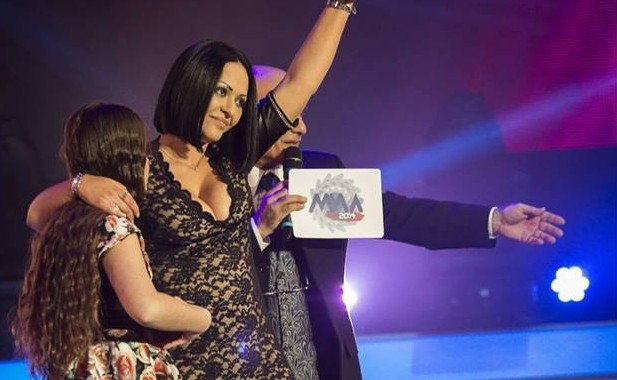 It’s been a busy weekend for the Junior Eurovision 2013 winner Gaia Cauchi, after performing at Maltese final for Eurovision 2014, she has been awarded at the Malta Music Awards – the biggest music awards ceremony on the island.

Gaia has been awarded the ‘International Achievement Award’ in recognition of her victory in Kyiv, whilst her vocal coach Gillian Attard, who also co-wrote “The Start”, received a Recognition Award.

The young Maltese singer who also received the biggest honours by the country’s president some months ago, performed at Malta’s Eurovision Song Contest together with her mates of La Voix Academy (By Gillian Attard) where she attends singing lessons: