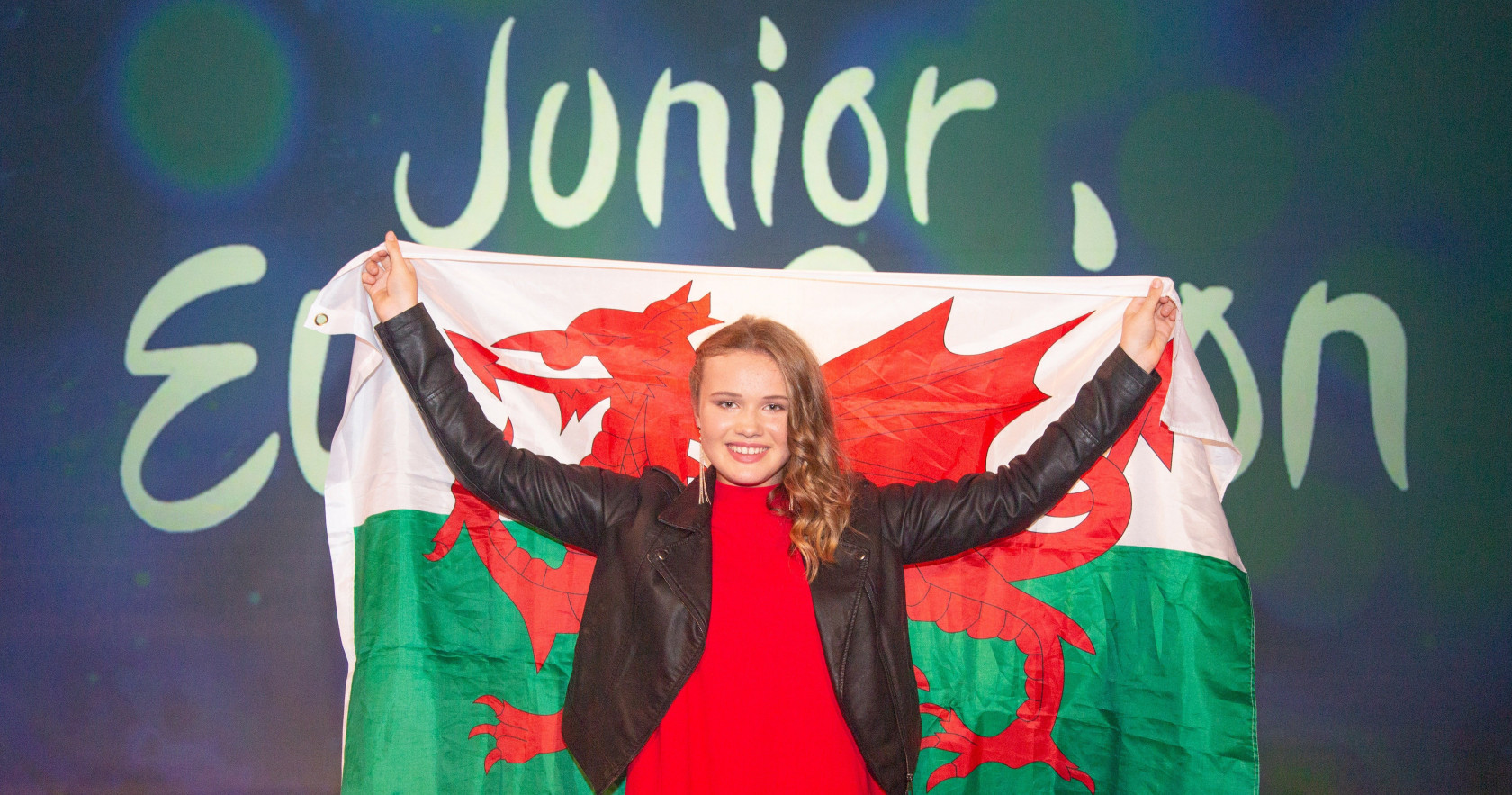 Erin has just won the Welsh final for the Junior Eurovision Song Contest 2019 and will represent her country in Gliwice, Poland. Six acts competed in the final, where the broadcaster also premiered the song that the winner will perform on November 24 “Calon yn Curo” (Heart Beating).

The Welsh winner was selected following two voting rounds. In the first round, the six candidates performed cover songs, while five panels of people from across the country judged the performances. The top three according to the panels’ scoreboard went through to the superfinal.

When the super finalists finished their performances, the lines were opened and the public at home and the audience at Venue Cymru decided the winner of “Cwilio Am Seren 2019”.

Erin Mai is 13 and hails from Llanrwst, North Wales. Erin has loved performing all her life. Before her Junior Eurovision journey, Erin began singing traditional Welsh songs before turning her talents to pop music thanks to her mentor, Tara Bethan. One of Erin’s earliest memories is performing ballet on the very stage where Wales’ live final took place.

When she is not attending her local performing arts school, Pearl Shaw School of Performing Arts, Erin spends her time swimming, mountain biking, acting and dancing. Tap, jazz, modern, ballet – she loves them all!

Erin attended Wales’ national selection live final in 2018. Watching from the audience, Erin never imagined that she would be on the same stage one year later. “I never in a million years imagined that I would win Chwilio am Seren! Everyone who competed tonight on the stage have been amazing. Thanks to everyone for all the support, to Tara and to everyone in Llanrwst! I can’t wait to represent Wales in Poland.”

What do you think about the Welsh choice? Do you like the song they will bring to Gliwice?