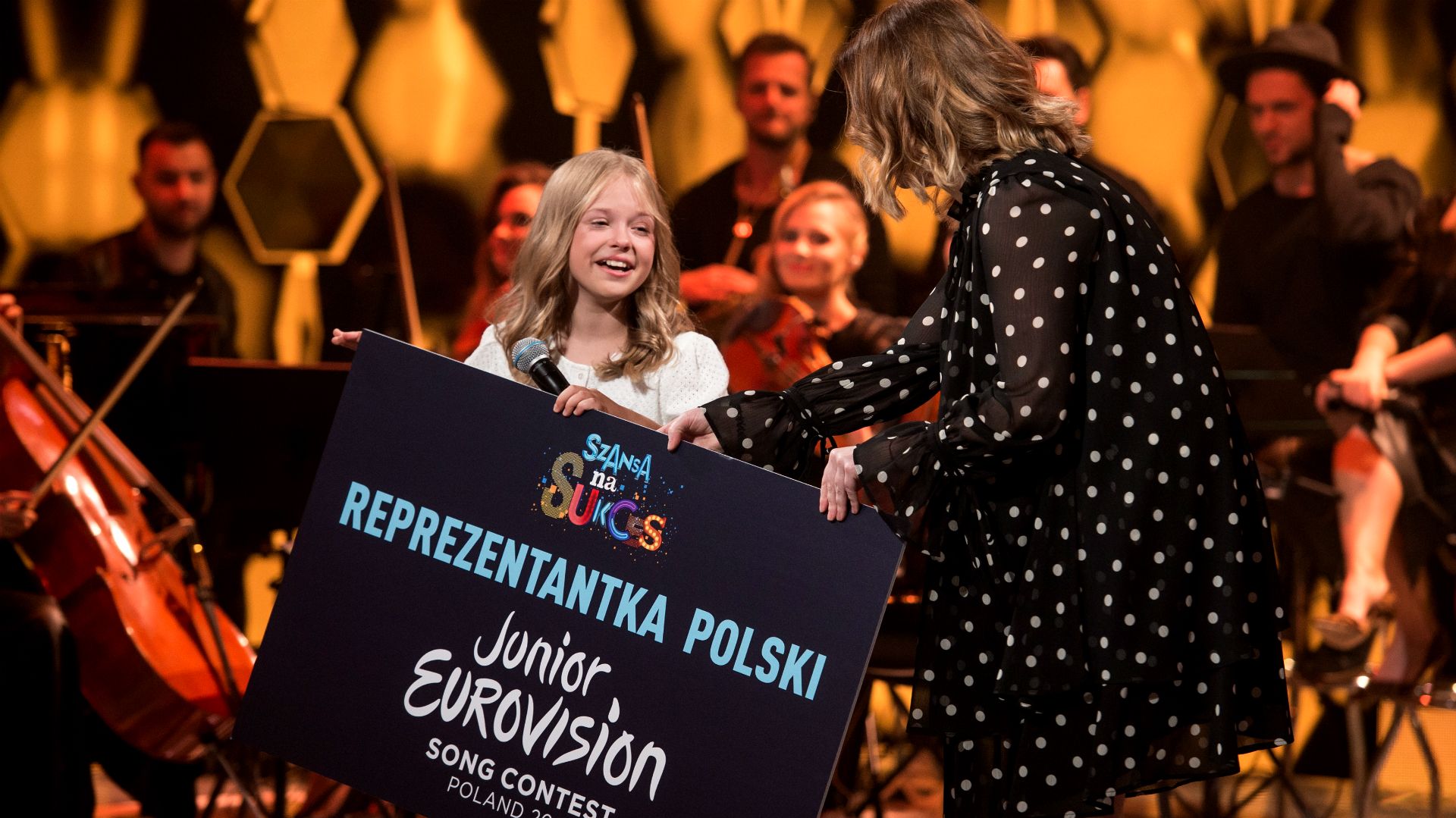 Alicja Tracz has won the Polish national final and will represent her country at the Junior Eurovision Song Contest 2020. She will perform the song ‘I’ll Be Standing’, composed by Andrzej Gromala (Gromee – ESC 2018) and his wife Sara Chmiel – Gromala.

A total of 21 performers competed in the heats of the Polish national selection Szansa Na Sukces, but only three of them reached the final:

At today’s show, each finalist performed twice, a cover song and an original composition by Gromee (ESC 2018). The 2020 Polish entry was decided by a combination of votes from a professional jury panel, made up of Viki Gabor (JESC 2019 winner), Cleo (ESC 2014) and Dawid Kwiatkowski (singer and coach of The Voice Kids), and the public.

10-year-old Alicja Tracz lives in the small town of Stojeszyn Pierwszy in the Lublin province with her parents, sister and cat called Lili. Alicja loves to dance and travel. She has represented Poland at international competitions and visited Malta, Bulgaria and Italy. Alicja loves inline skating, rope climbing and to ride her bicycle. She released her debut single last May, a duet together with her sister. Alicja took part in The Voice Kids in Poland where she was one of the ‘final nine’ in one of the teams.

What do you think about the Polish choice?