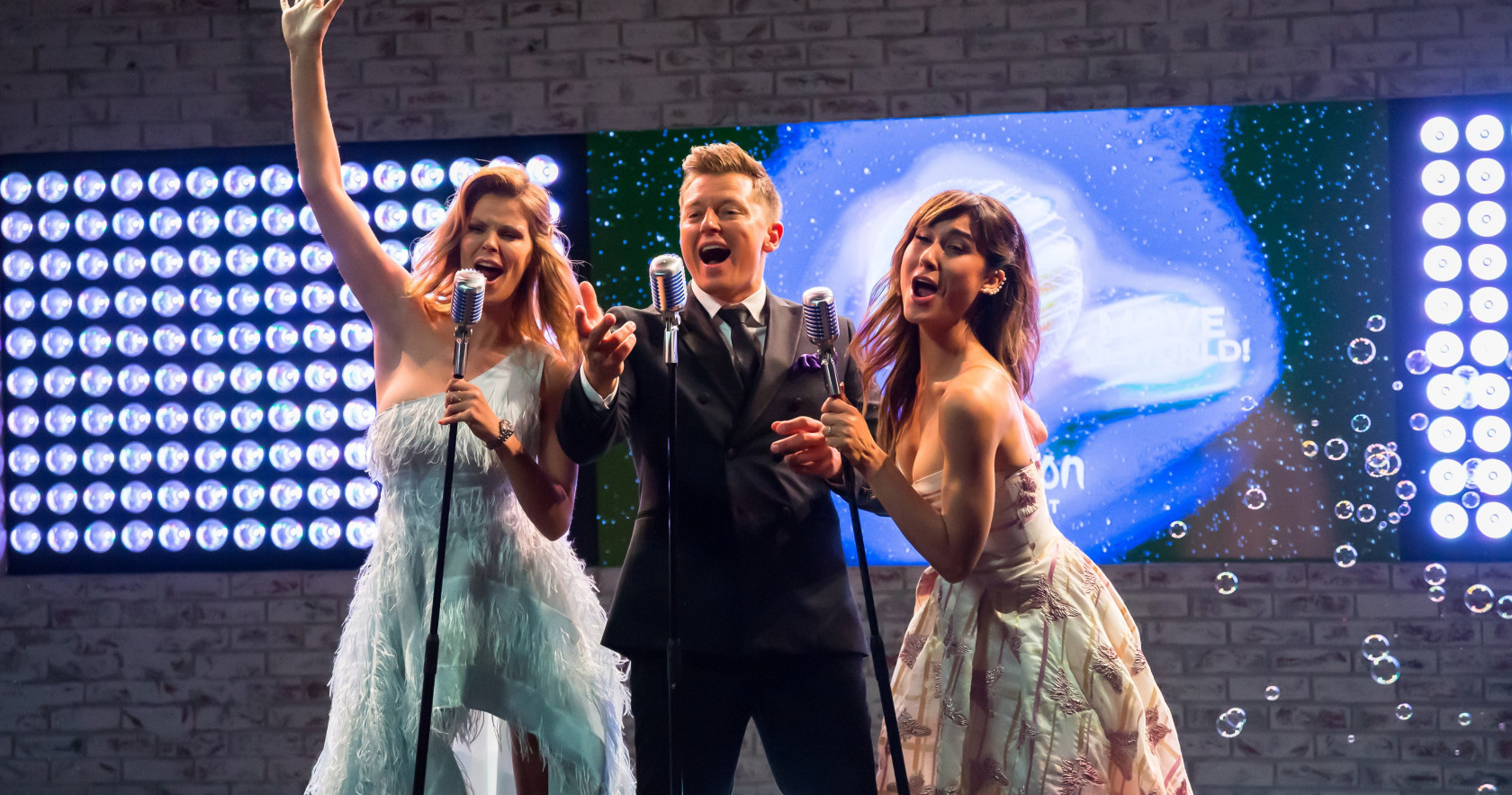 TVP has just held a press conference to reveal details of the Junior Eurovision Song Contest 2020. Ida Nowakowska, Małgorzata Tomaszewska and Rafał Brzozowski will host the show, which will be broadcast live from Warsaw. The winner of 2019 Viki Gabor will be performing as a guest artist.

Ida Nowakowska-Herndon
Ida is a Polish-American dancer, actress and TV personality. As a young girl, Ida played in the movies ‘Bandit’ and ‘Out of Reach’ with Steven Seagal. She studied in New York at the Professional Performing Arts School and Steps on Broadway and graduated from her studies at the Film, Theater and Television Department of the University of California, Los Angeles. In college, she also worked as a dancer on a tour with Bruno Mars and Cee Lo Green and has performed at the very famous Metropolitan Opera. Ida was a judge in the American talent show ‘The World’s Best’, and last year, she became the host of TVP’s popular morning show ‘Question for Breakfast’.

Rafał is a Polish singer and TV presenter. He was a contestant in several TVP song competitions in 2011 and in that same year published two singles that made him one of the most famous singers of his generation.

Małgorzata is a psychology graduate but started her career in the TV business as a sports presenter. She took part in the 4th edition of ‘Dancing with the Stars’. In May 2019, she became the co-host of TVP’s ‘Question for Breakfast’ and currently hosts ‘The Voice Of Poland’.

The format of the show for this year’s Junior Eurovision has changed due to the COVID-19 pandemic, so the participants won’t travel to Warsaw and will perform in their country:

“Travel restrictions and the ongoing issues relating to the COVID-19 pandemic mean regrettably we cannot bring all the artists to Poland to compete in person at the Junior Eurovision Song Contest this year,” said Martin Österdahl, the Contest’s Executive Supervisor.

“We are determined however that the show must go on and that this competition, held annually since 2003, must continue. Despite the changes this year, all the talented youngsters chosen to represent their countries will still have an equal chance to shine, and, as is tradition, families from around the world will be able to vote for their favourite songs online.”, he added.

The contest has also changed its time as it will be broadcast one hour later, at 17.00 CET.

“Bringing families together is a core mission of public service media and as we reimagine the Junior Eurovision Song Contest for the times we currently live in we are committed to ensuring that everyone taking part this year, from the young singers around Europe to the audience at home, enjoy a positive and unifying experience,” added Martin Österdahl. “We are grateful to all our colleagues at TVP for rising to the challenge of producing an ambitious live international TV production that will travel the world as well as “Move the World”.

13 countries will take part in this year’s Junior Eurovision Song Contest which will take place on 29th November.