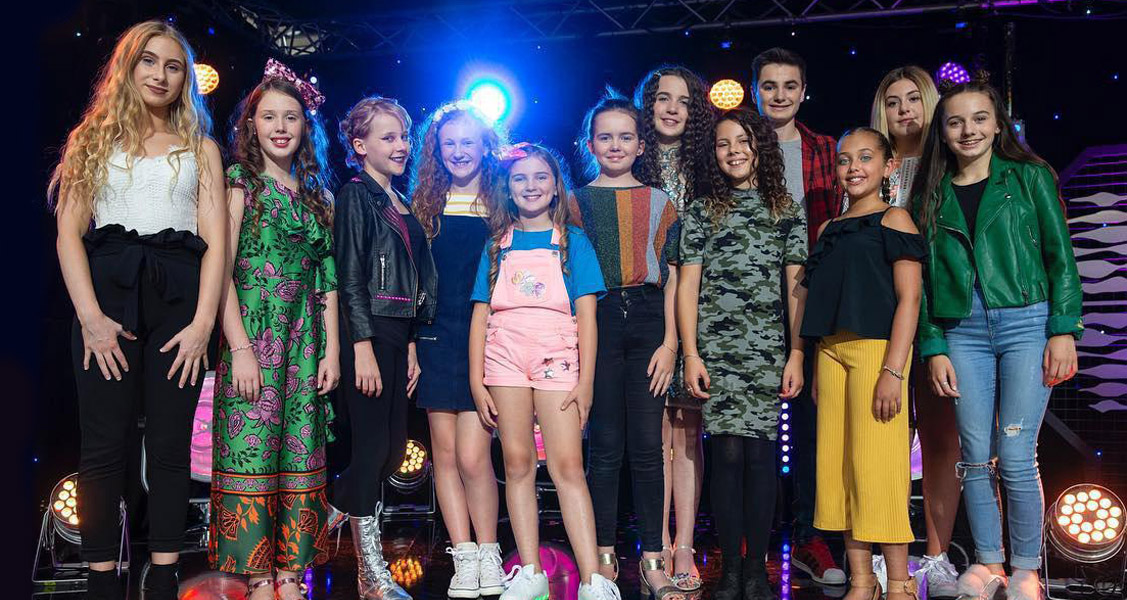 Yesterday S4C revealed the identity of the 12 candidates that went through to the mentoring stage following live auditions. However, only six of them will compete at the national final that will be broadcast live from Venue Cymru in Llandudno on October 9.

A professional jury panel made up of Connie Fisher, Stifyn Parri and Tara Bethan decided that the following hopefuls qualified for the mentoring stage of Chwilio Am Seren: 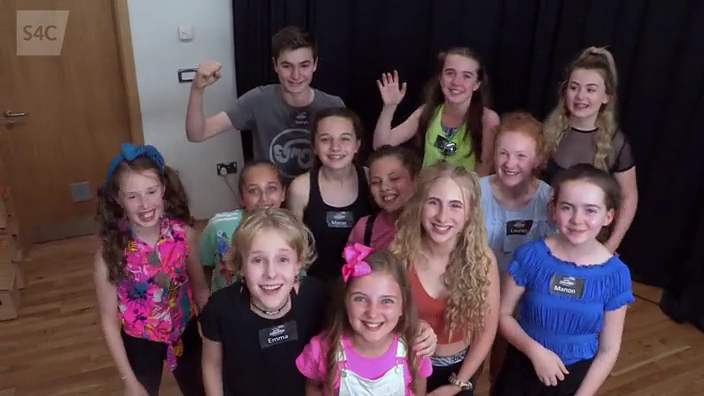 The 12 candidates after the announcement

“Imagine your average Saturday shopping afternoon at your local shopping centre, walking around and finding yourself in the middle of Junior Eurovision glitter with music being performed by some of the country’s best young performers.

This happened to hundreds of shoppers at Swansea Quadrant Shopping Centre when the Junior Eurovision Stage landed in the centre of the city as the S4C series Chwilio am Seren Junior Eurovision Cymru continues across the nation.

Having seen the emotion of saying goodbye to new friends in last week’s episode, it is time to prepare the final twelve acts for their next challenge, to become a step closer to winning a ticket to represent Wales in Minsk.

After long discussions and some battles, the mentoring process has officially begun with the three mentors, Connie Fisher, Stifyn Parri and Tara Bethan having all selected their own four acts. All three mentors are very happy with the 12 acts and believe they will all shine and could claim their place on the Eurovision stage.

During the programme Chwilio am Seren Junior Eurovision on Tuesday 2 October on S4C, we will see how the performers cope under pressure, and how some individuals raise the roof with Welsh performances, although they are not fluent in Welsh. Above all, we will see how some acts bring loads of Swansea shoppers to tears with their outstanding performances.

During some performances, you can hear a pin drop in the shopping centre which just goes to prove how talented these young performers are. Twelve acts are closer to winning the ticket to represent Wales for the first time ever at the Junior Eurovision Song Contest 2018 in Minsk, Belarus. But who will receive their key to the final from the mentors following the performances this week?”, explained S4C.

You can find the schedule below:

At the final, the six contenders will perform in Welsh as they would in Minsk. The audience will have the chance to decide who will wave the country’s flag for the first time in Junior Eurovision.