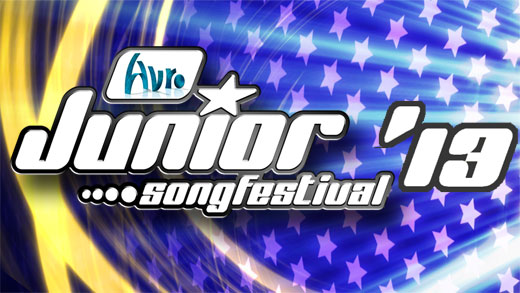 A professional jury will select the finalists on april 14th internally, but the list will be announced weeks later to the audience. Even the finalists self dont know a thing yet. When the finalists are known, they will work with several professional producers to revamp their song and prepare them for the liveshows, that will start on september 14th.

– Dani, Giorgio and Kim are already known in The Netherlands, because of their entry in The Voice Kids.
– Kim also made many fans by Holland got Talent
– Joysi & Fabiënne also made the final audition last year, but did not made it to the finalists. They submitted the song ‘Holiday’ last year
– Alanis & Meau also made the final auditions last year with HighSchool and will try again this year with the same song.
– Serena is returns. She had two songs last year and also sang a duet with Amy, who did make it to the finalists.
– Mylene & Rosanne already made their entry with Kinderen voor kinderen a few years ago.
– Sarah already appeared on JESC stage. She was a back dancer from Femke in Amsterdam.
– Paddy knows the famous Marco Borsato and also appeared in The Voice Kids and Junior Songfestival auditions in 2011.
– Flori is the first wildcardwinner ever, to make the final auditions on her own, without the help of a second wildcard.
Do you have any favorites yet? Please reply and tell who is your favorite!