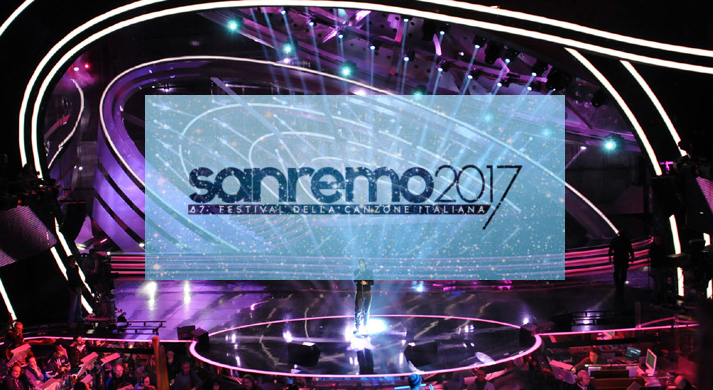 More news coming from Italy this weekend.  We have the announcement that the 20 artists which will take part in the Campioni section of the Sanremo 2017 music festival will be revealed in a special RAI televised showcase with the candidates. According to Italian media, the show will incorporate both established stars and newcomers, to further enhance the exposure to artists trying to make it in the music scene.

Carlo Conti, host and musical director of Sanremo, is already working closely with the list of participants which is ready to be revealed very soon. Already there are some names being rumoured in Italian press such as 2012 entrant Nina Zilli who went onto to finishing 9th in the Eurovision in Baku. If the rumour proves to be true, it will be the 4th time which Nina has taken part in the music festival since she debuted in the newcomers category in 2010.  She last took part in 2015 with sultry song “Sola” which finished 9th out of the 16 songs in the Final of Sanremo 2015.

Once again the artist which win the Campioni category of Sanremo 2017, will have the option of going on to represent their country at Eurovision in Kyiv. Last year Stadio won the festival category, but their choice was not to present their song to the wider European audience in Stockholm due to touring commitments. Instead, Francesca Michielin was chosen to go, who then finished 16th in the grand final with her song “No Degree Of Separation”.