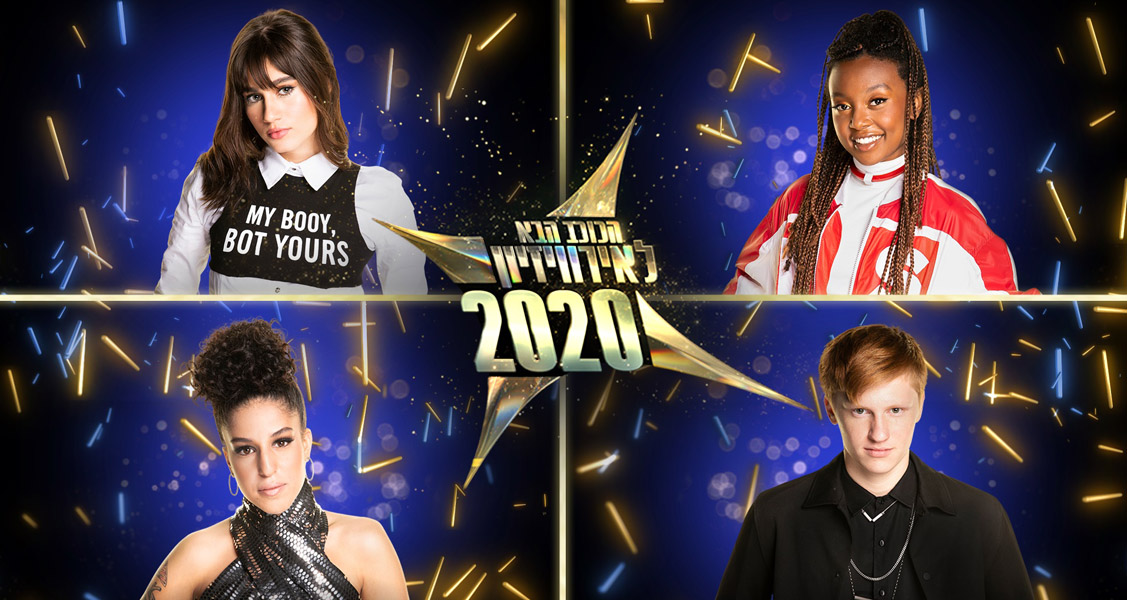 After four months of shows, the Israeli selection format HaKokhav HaBa comes to an end, in which four candidates will compete to represent Israel at the 2020 Eurovision Song Contest to be held in Rotterdam. This will be the first, and only, live show of HaKokhav HaBa.

As usual, the show will be hosted by Assi Aza and Rotem Sela while the jury will consist of Keren Peles, Asaf Amdurski, Static & Ben-El Tavori, Itay Levy and Shiri Maimon (Israel 2005).

Ella-Lee, Eden, Gaya Shaki and Or Amrami-Brockma are the four finalists that week after week have been saved until reaching the grand finale tonight in which the public and jury will select a winner.

Also, the second round will have a third contestant as a playoff decided by the jury. Therefore, the first round will only eliminate one contestant, leaving us with three candidates to get the Eurovision ticket.

Already in the second round of voting, the three candidates act individually. The jury, in combination with the televoting, decides the result at 50%. Each juror distributes 8, 10 and 12 points, and the public delivers the same amount of points through the official Mako app. The artist with the highest number of points will be proclaimed winner of HaKokhav HaBa 2020.

You can also vote outside of Israel! Download the official Mako application on Android or iOS and, as soon as you open the application, you will see a HaKokhav HaBa menu below the stories. You can vote up to 10 times. Those votes will count for televoting scores during the performances.

In addition to that, during the performances the application will show you two arrows. The blue arrow allows you to vote for the artist who is on stage, while the red arrow simply indicates that you have decided not to cast any votes. Keep in mind, however, that the performances of the second round will not show live scores.

You can follow Hakokhav Haba L’Eurovizion 2020 final live at 20:00 h. CET through our multi-window system at live.esc-plus.com

WHEN WILL WE KNOW THE ISRAELI SONG?

As the Israeli television KAN reported a few weeks ago, the public entity will not internally select the theme that will represent Israel in Rotterdam. A special show will be organized in which the public will choose the song that will defend tonight’s winner.

On March 3, “The Next Song to Eurovision” will be held. Tonight’s winner will perform four songs and the most voted by the professional jury (65%), judges (5%) and televoting (30%) will be the song selected.