What do you think? Rate!The Grand Final of Eurovision Song Project 2015 has just ended and Giannis Karagiannis will be waving the Cypriot flag with the song ‘One Thing That I Should Have Done‘ !

The winner has been decided through a 50/50 jury-televote deliberation. The jury panel was made up of Elena Patroklou (1990), Alex Panayi (1995 and 2000) Despina Olympiou (2013), Tasos Trifonos, Nicola Caligiore (Italian Head of Delegation) and Bruno Berberes (former French Head of Delegation and Executive Producer of The Voice in France) .

The results of the televote were as it follows: 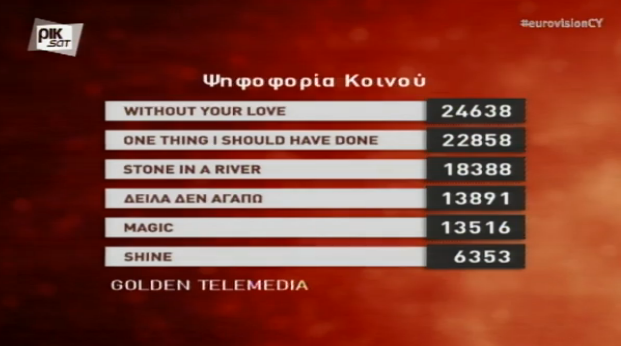 The final scoreboard is as it follows:

What do you think about the Cypriot choice?