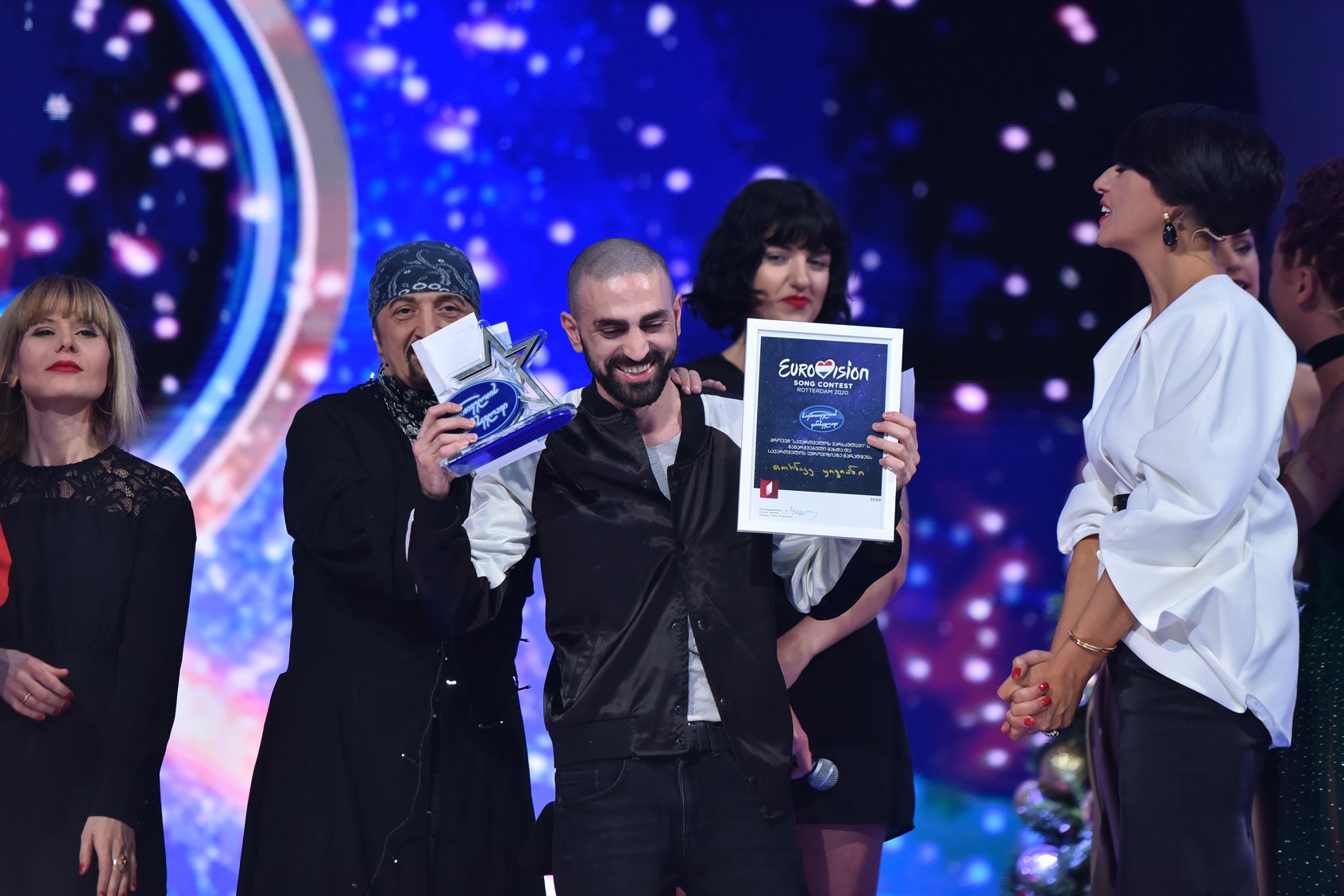 Get to know: Tornike Kipiani from Georgia

Yesterday, while most of the Eurovision world was focussing on the ESC Radio Top 250, Georgia completed the search for its 2020 candidate. After roughly two months of an avid selection process, they finally crowned the successor of Oto Nemsadze. Even if you haven’t followed Georgian Idol this year, the name Tornike Kipiani might ring a bell.

Tornike Kipiani, born on 11th December 1987, won the most recent season of Georgian Idol – a singing competition. However, when he founded his own band aged 19, he didn’t even consider becoming a vocalist. His calling was the guitar. So Tornike and his bandmates looked for an additional member to fill that vacant spot – and in the meantime, he would provisionally take over the vocals. Just as a substitute – nothing permanent, right? Well, now we know better.

The former guitarist rose to fame in 2014 after winning the debut season of X Factor Georgia. This is also where we find his first Eurovision connection, as the category “Boys” was coached and mentored by no other than last year’s Cypriot candidate Tamta Goduadze. Three of his live performances in the show gathered seven-digit amounts of views of up to 2.6 million (keep in mind: Georgia only has a population of about 3.7 million people). Among those: his unexpected rendition of Kylie Minogue‘s 2001 pop hit “Can’t Get You Out of My Head”. With his husky voice, the addition of rock elements and the use of a harmonica, he reworked the song entirely and managed to make it his own.

In late 2016, as the Georgian broadcaster opened the application period for its televised national selection, Tornike decided the time was right to step onto the international stage and send an entry to GPB. Eager to represent his home country in Kyiv the next year, he submitted the song “You Are My Sunshine”, featuring Giorgi Bolotashvili. On 20th January 2017, along with 24 other acts, he competed for the ticket to Ukraine. Unfortunately, the experimental (and perhaps at first glance outlandish-seeming) track didn’t climb past 23rd place.

In late 2019, he once again applied to represent Georgia in Eurovision. This time around, another casting show format was used – something he was already used to. As Georgian Idol can mainly be considered a showdown of previous singing contest alumnis rather than a method to find complete newcomers, neither his experience nor the fact that he built himself a modest but loyal fandom throughout the years were much of an advantage to him. He might have slightly profited off a breeze of tailwind, but he still had to manage the balancing act of both making X Factor 2014 viewers vote for him again and gaining new fans’ support.

In the end, his versatility was probably what made him stand out from the bunch. Tornike’s main genre, or at least the general direction of Rock music certainly dominated his Georgian Idol journey over the past weeks. But he proved to be capable of more. While his performance of Sergi Gvarjaladze‘s iconic “Artificial Love” (a classic in Georgia) allowed him to show a more reserved and quiet side of himself, he also managed to pull off dramatic pieces such as Gia Qancheli‘s “Is Ak Aris” and Andrew Lloyd Webber‘s “Gethsemane” from Jesus Christ Superstar (another Eurovision connection!).

Tamar Kakalashvili won the first live show of his Georgian Idol season. Since week 2 though, Tornike was in the lead and stayed on top until the very end, eventually collecting 33.82% of votes in the final and therefore winning the ticket to Rotterdam. Below you can find a recap of his performances from the auditions to the semi final as well as his version of “Love, Hate, Love” by Alice in Chains from yesterday’s final.

What do you think about Tornike Kipiani? Can he bring Georgia back to the final after four years of drought? Let us know in the comments!

Get to know: Tornike Kipiani from Georgia