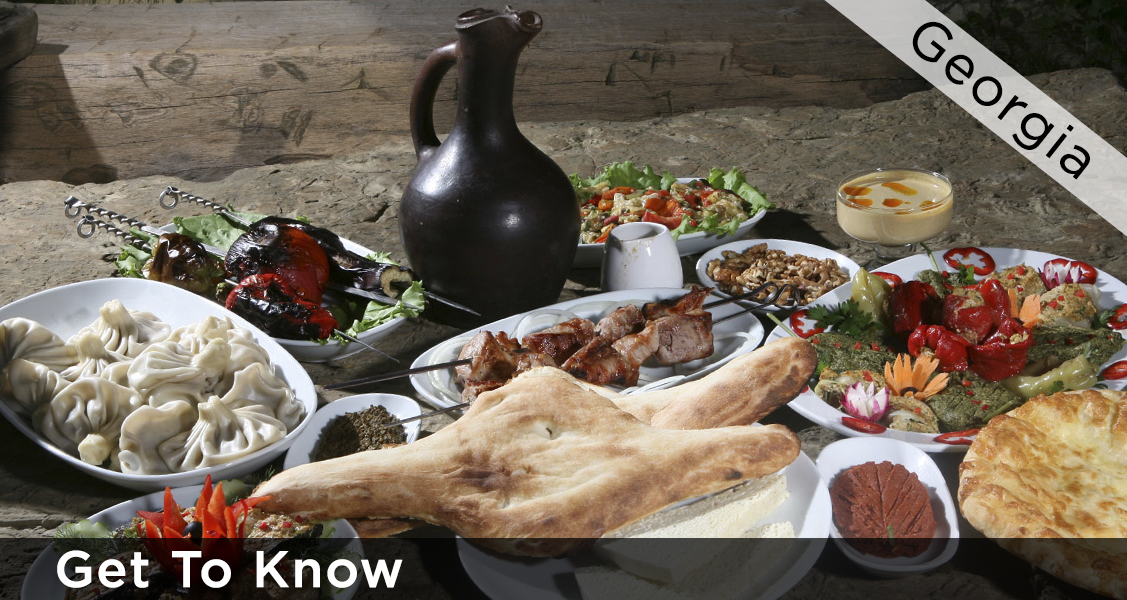 When talking about cuisine, we all think about France, Italy, Spain…, but in the heart of Caucasus, there is a country whose cuisine is as rich as theirs: Georgia! (as you might have guessed😂) 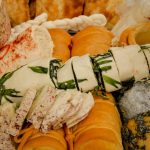 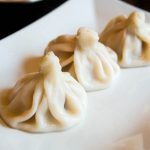 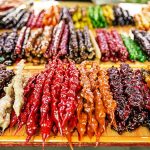 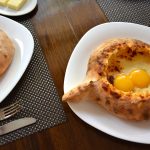 The Georgian cuisine (ქართული სამზარეულო-“K’art’uli Samzareulo) has some of the most delicious traditional foods on Earth. From bread to cheese, from pies to salads, all your desires will be satisfied.

Perhaps the most famous dish is Khachapuri, a traditional bread filled with cheese. Actually, 88% of Georgians prefer Khachapuri to Pizza. Another funny thing about this food is that the Economics School of Tbilisi use Khachapuri as an inflation index for Georgian cities.

Want some meat? Kuchmachi and Kupati may be your answer. The first one is made with chicken livers, hearts and gizzards, filled with walnuts and pomegranate. Although it sounds strange, it looks very tasteful! Kupati are Georgian sausages made with pork. Bonus: be sure to try Mujuji-pork meat, tails, ears, feet and some vinegar, garlic, onions and carrots.

Georgians know a lot about cheese! Guda, Shoti, Sulguni are only a few from the whole list! Because of this, Georgia is included among the Top 10 countries of the World Cheese Map!

We shouldn’t forget Khinkali, probably the best dumpling in the world. It contains meat and vegetables.Warning! You should eat them with your hands as using a fork is considered impolite!

Churchkhela and Tklapi are very tasty desserts you can try. Churchkhela is the Georgian version of lollipop, made with fruits, walnuts and hazelnuts. Curiously, it helped the Georgian soldiers a lot during the war, because it gives a good nutrition. Tklapi is a sweet paper, yes, sweet paper! It is made with smashed fruits, spread on a paper and then left to dry. One of the most special traditional desserts you will sure enjoy after a delicious meal!

What would you like to try? Let us know in comments!