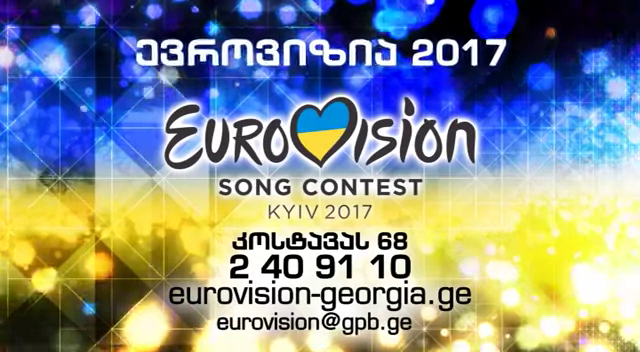 Georgian broadcaster, GPB, have today announced the start of their preparation for Eurovision 2017.

In a video posted on their official YouTube channel, the broadcaster have asked for submissions for an open call national selection. The applicants, or which they are asking for only professional performers, must be of Georgian residence. The application must be complete with a CD of the entry as well photos of the artist/group and biography. Applications will remain open until December 7th.

Head of Delegation Natie Mshvenieradze, has confirmed to us that there will be a televised national final, with a mixture of jury and tele-votes. More details on the national final will be released in due course.

Georgia qualified for the Grand Final of Eurovision for the last 2 editions, and were somewhat of a surprise in Stockholm where they were represented by Nika Kocharov & Young Georgian Lolitaz and song “Midnight Gold”.