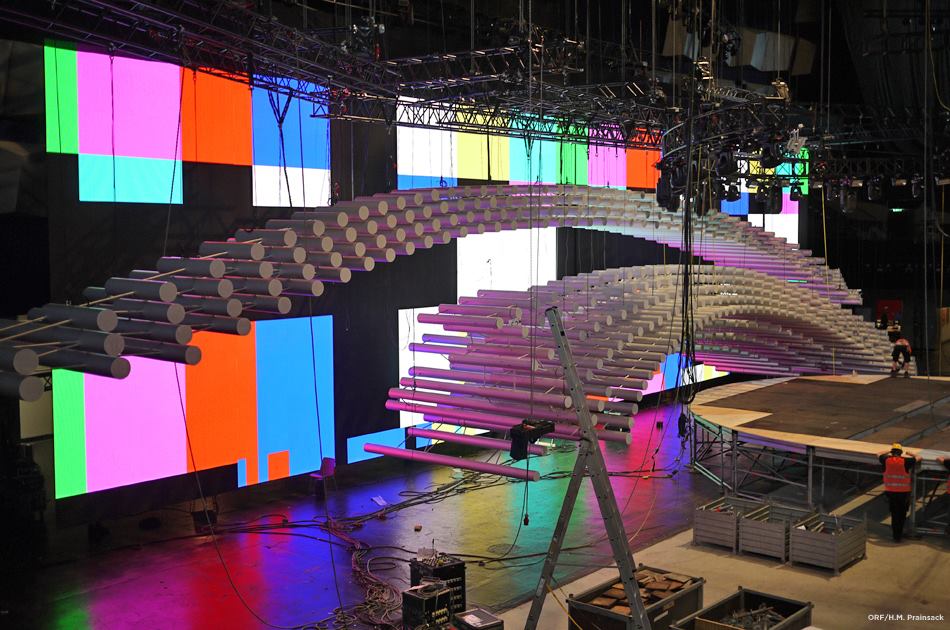 The first photos of the Eurovision 2015 stage were revealed! The stage of the 2015 Eurovision Song Contest consists of 1288 individual pillars and measures 44 metres in width, 14,3 metres in height and up to 22 metres in-depth. The LED pillars can produce a wide variety of lighting effects as can the 11 metre diameter stage floor. In the background, there is another LED wall of 22 metres wide and 8,5 metres high.

ORF posted 12 photos of the construction site where this year’s stage will be placed. You can see them below. 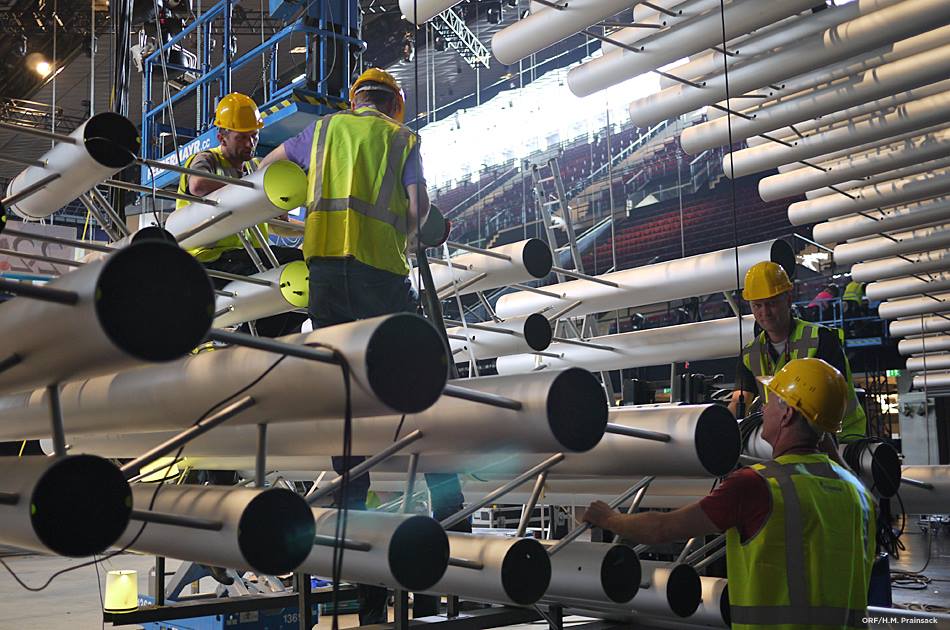 Construction workers are working hard for the best result. 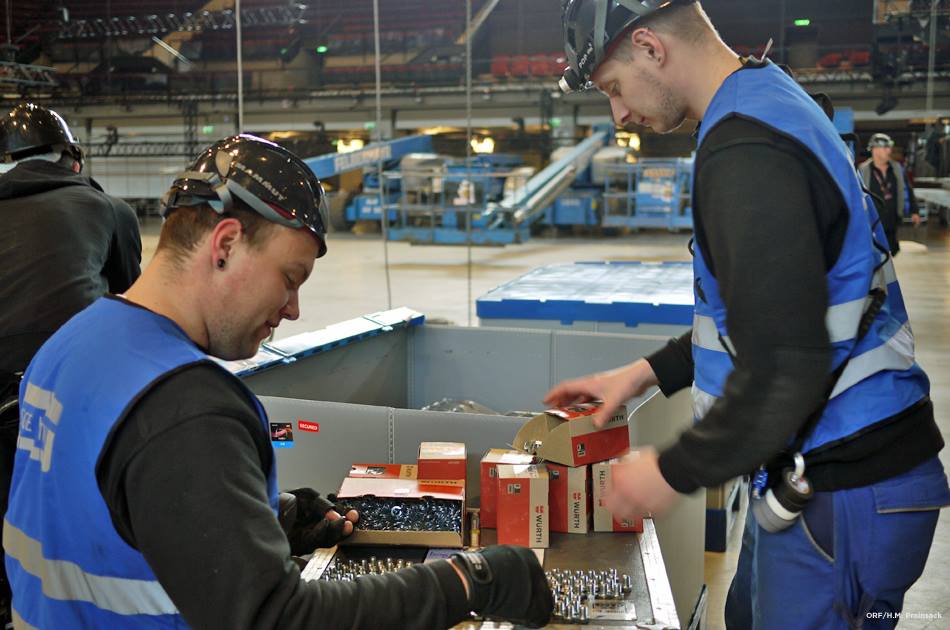 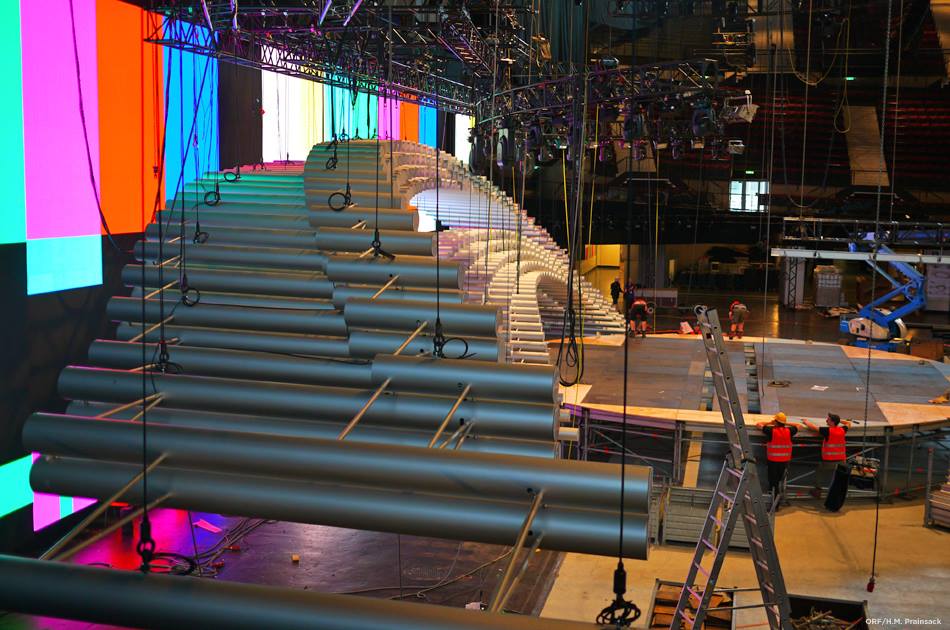 With a width of 44 meters, the Stage in Vienna’s city hall is huge. 1,288 steles hold together the symbolic eye that surrounds the entire song contest stage. 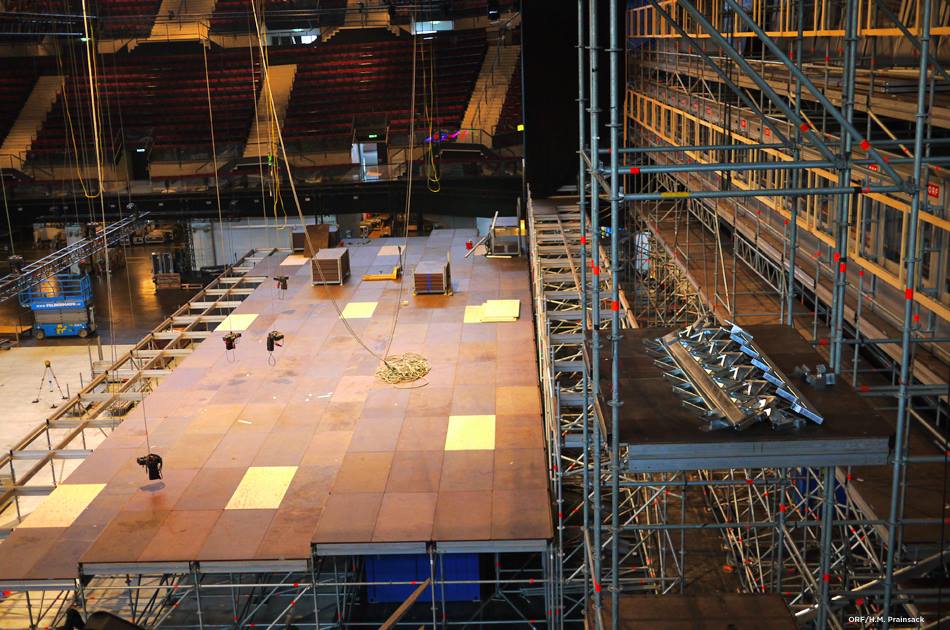 The Green Room will be placed here. 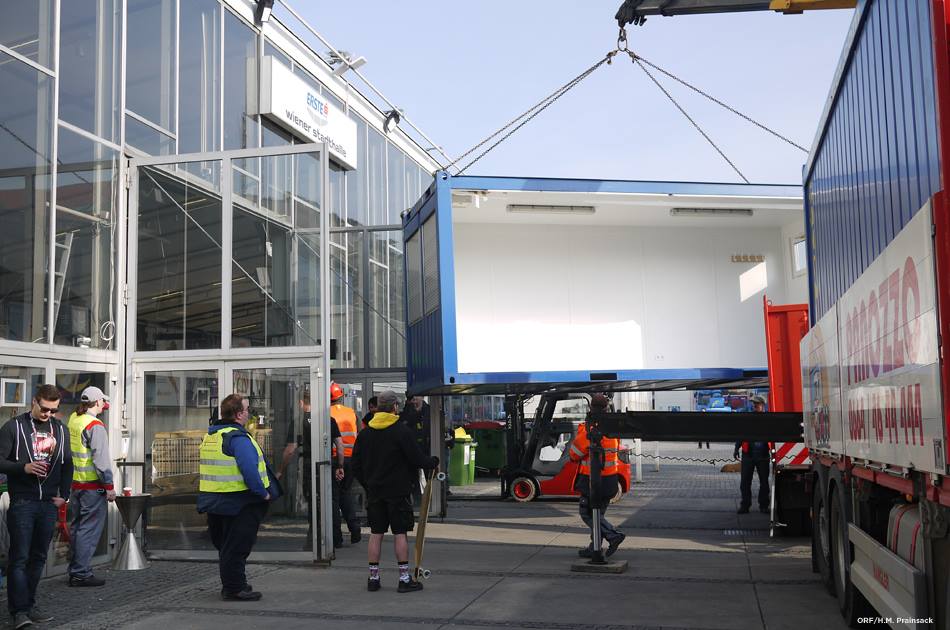 The huge container must be taken by crane into the city hall. 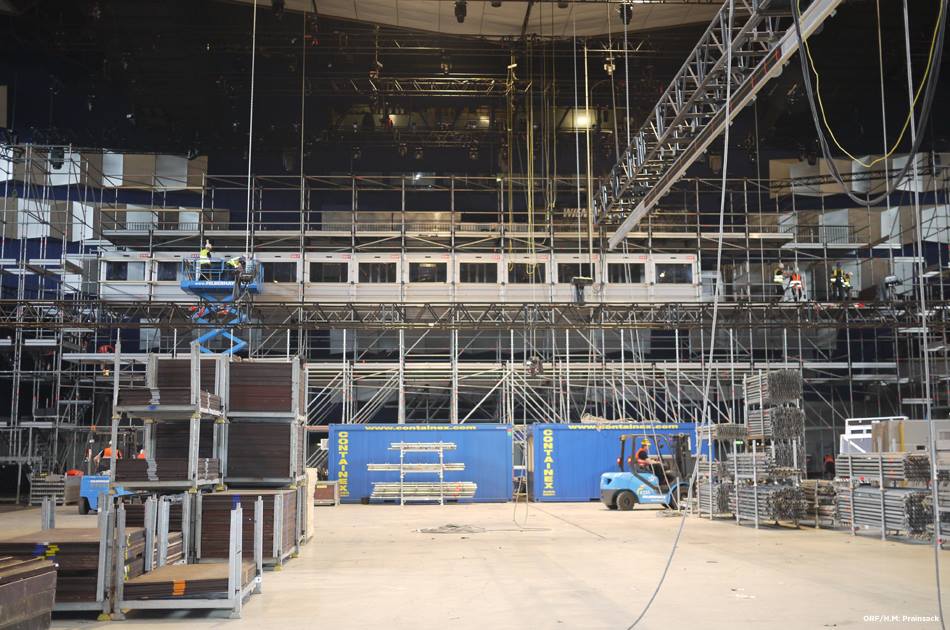 Still dominated by a picture of containers, scaffolds, poles and cables. 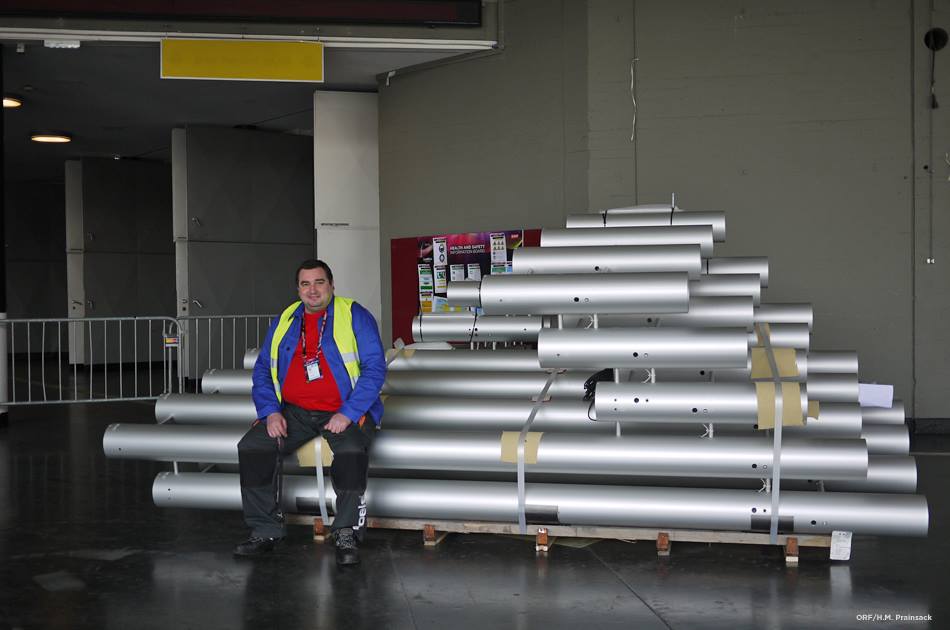 In the City Hall work is done day and night, in between workers take short breaks. 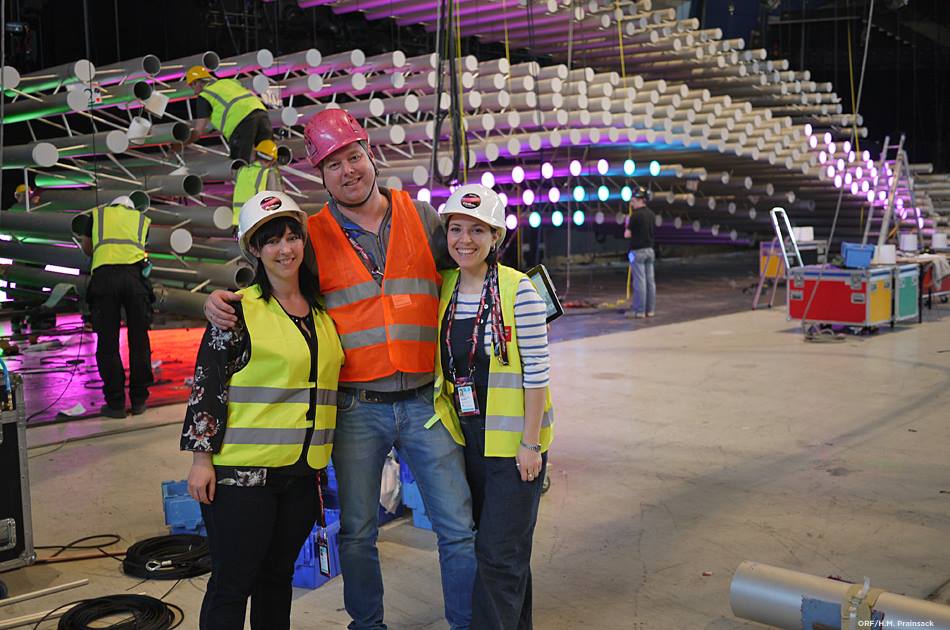 Remco Hek, Project ESC 2015 from the company Unbranded, which is responsible for stage, with Daniela Friedel and Hemma Marlene Prainsack from the ORF Song Contest team.

The innumerable passages are symbolic of the participating nations. A 26 meter wide LED screen will provide the right show effect. 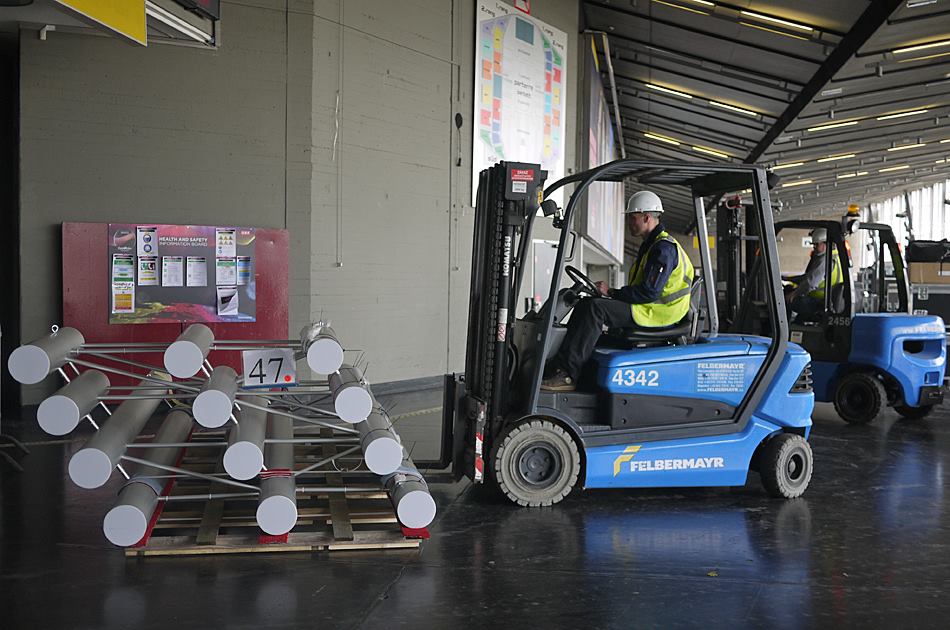 The column elements are brought to the city hall. 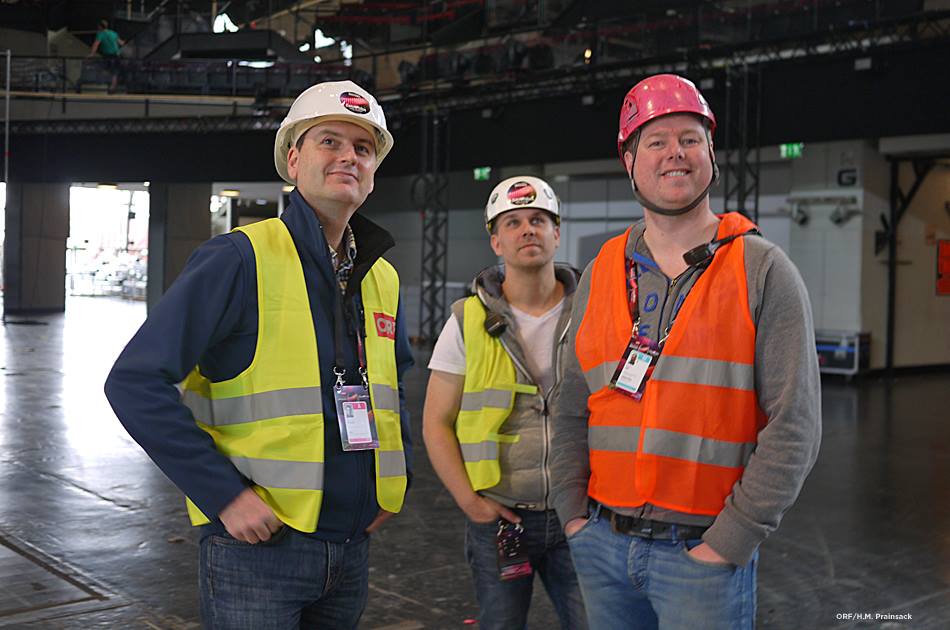 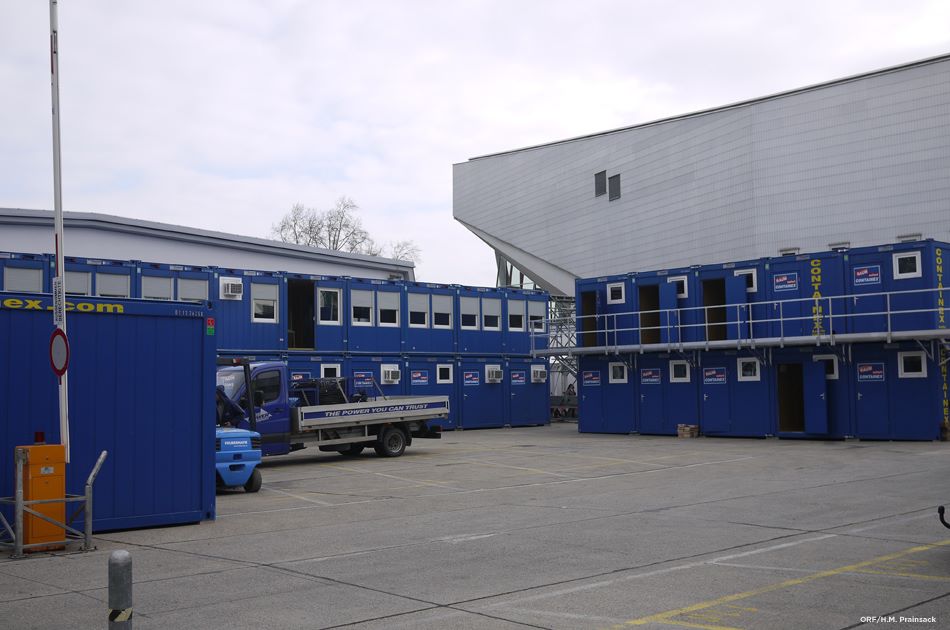 A container village is created next to the Vienna City Hall.