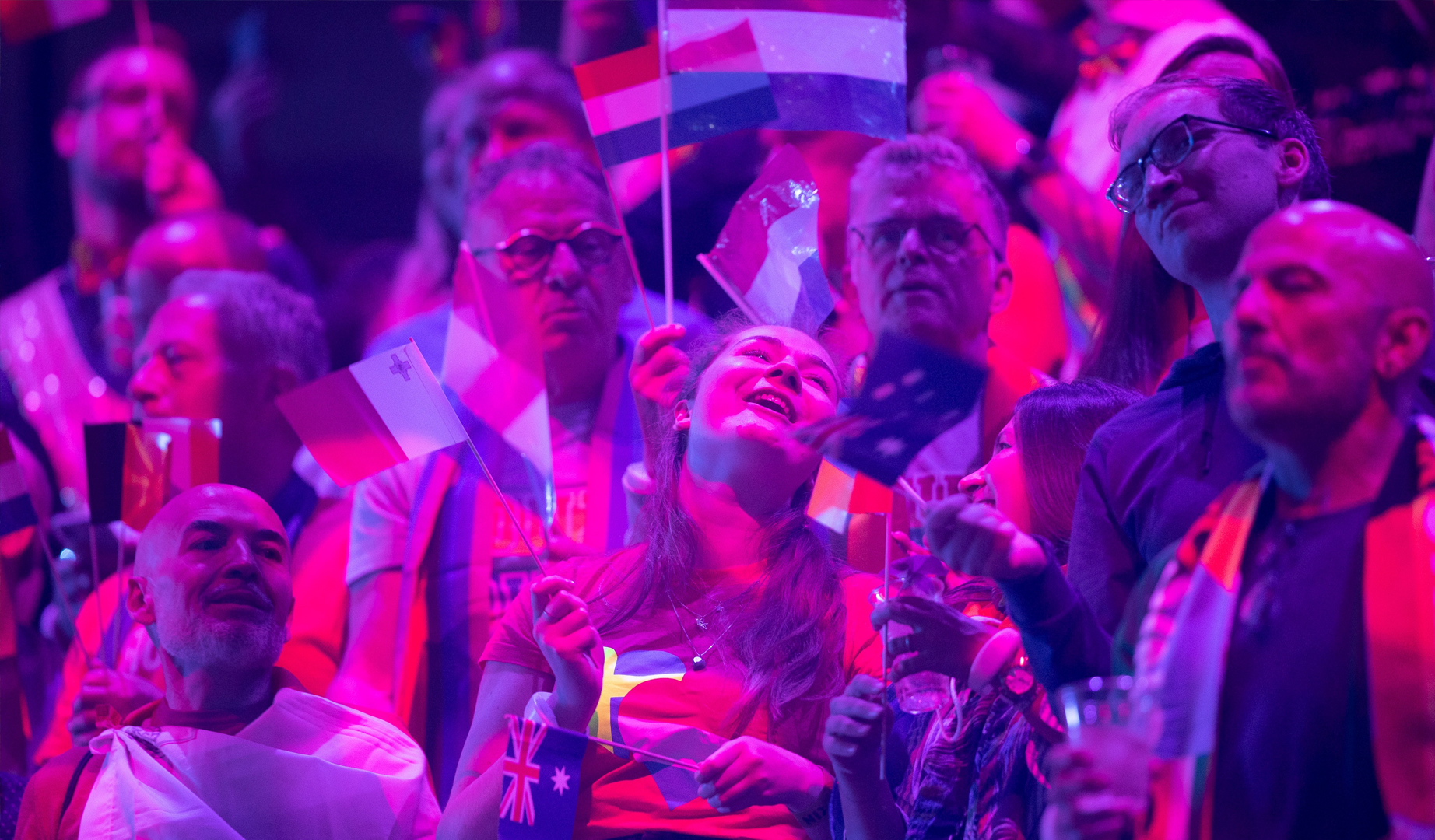 Eurovision 2021 celebrated its grand finale this Saturday and crowned Måneskin from Italy the winner of the festival with ‘Zitti E Buoni’, narrowly eclipsing a few other favourites that found strong followings on social media.

Let’s recap the reach of this year’s event, which for the first time was held after a year of hiatus with a television and social media audience at varying degrees of hunger for the iconic yearly celebration.

In total, 3 million comments were made overnight with a total of 8.5M interactions. The finale had a 28.9% positive sentiment compared to 14.7% negative.

It should be noted before making a detailed analysis of the social audiences of the grand final of Eurovision 2021 that the grand final of the contest has managed to sneak many words related to the program among the trends, all over the world.

SOCIAL AUDIENCE BY COUNTRIES AND LANGUAGES

Italy’s social audience has ranked third in the world with 14.4% of all total comments. It should be remembered at this point that in Italy, the public television RAI has created a personalized hashtag #ESCita.

If we focus on the audience by language, the preferred language of Internet users to comment on the grand finale has been English, accounting for 39.8% of the comments, followed by Spanish, in which 23.3% were made of the comments of the night.

Italian, has been placed in third position by number of comments according to language. 14.4% of the total comments made on social networks throughout the night have been in this language.

If we stop at the social audience by age targets of the grand final of Eurovision 2021, it stands out above the rest (they represent 87.8% of the comments) in the target of users between 18 and 34 years old, standing out above all in the 25 to 34 age group, with 47.8% of the comments.

It should be noted Eurovision has a very wide audience and is also followed and commented on by a more adult audience. The target age between 35 and 44 years has contributed a total of 10.1% of the comments made.

Regarding the social audience by gender target of the user, the last night of Eurovision 2021 has stood out among female users, whose comments have accounted for 57.6% of the total of those made throughout the night.

On the other hand, the comments about the festival made by users of the social network who have followed the grand finale of Eurovision 2021, have accounted for 43.3% of the total volume of comments that have been made tonight.

If we stop at the social audience of the grand final of Eurovision 2021 minute by minute, we can see the favorite moments of the night for those who have commented on social networks while they were following it.

In the grand final of Eurovision 2021, the night hit its climax at 00: 48h, with 35,800 comments only in that minute. That peak coincided with the moment Måneskin took the stage for the winner’s performance of ‘Zitti E Buoni’.

Peaks during the live performance segment of the night happened both during Finland’s Blind Channel and Italy’s first performance – signaling an enthusiastic response for Eurovision bringing rock music to music’s largest stage.

These social audiences give us a small glimpse of how Eurovision 2021 was received by the global public, beyond the confines of television and the borders of Europe. Data for television audiences is pending the release from its national broadcasters.

Our heartfelt gratitude for following us through the journey and coverage from Rotterdam. Soon we will begin coverage for our next destination – Italy 2022. In the meantime, why not relive the magic of the Eurovision 2021 finale?