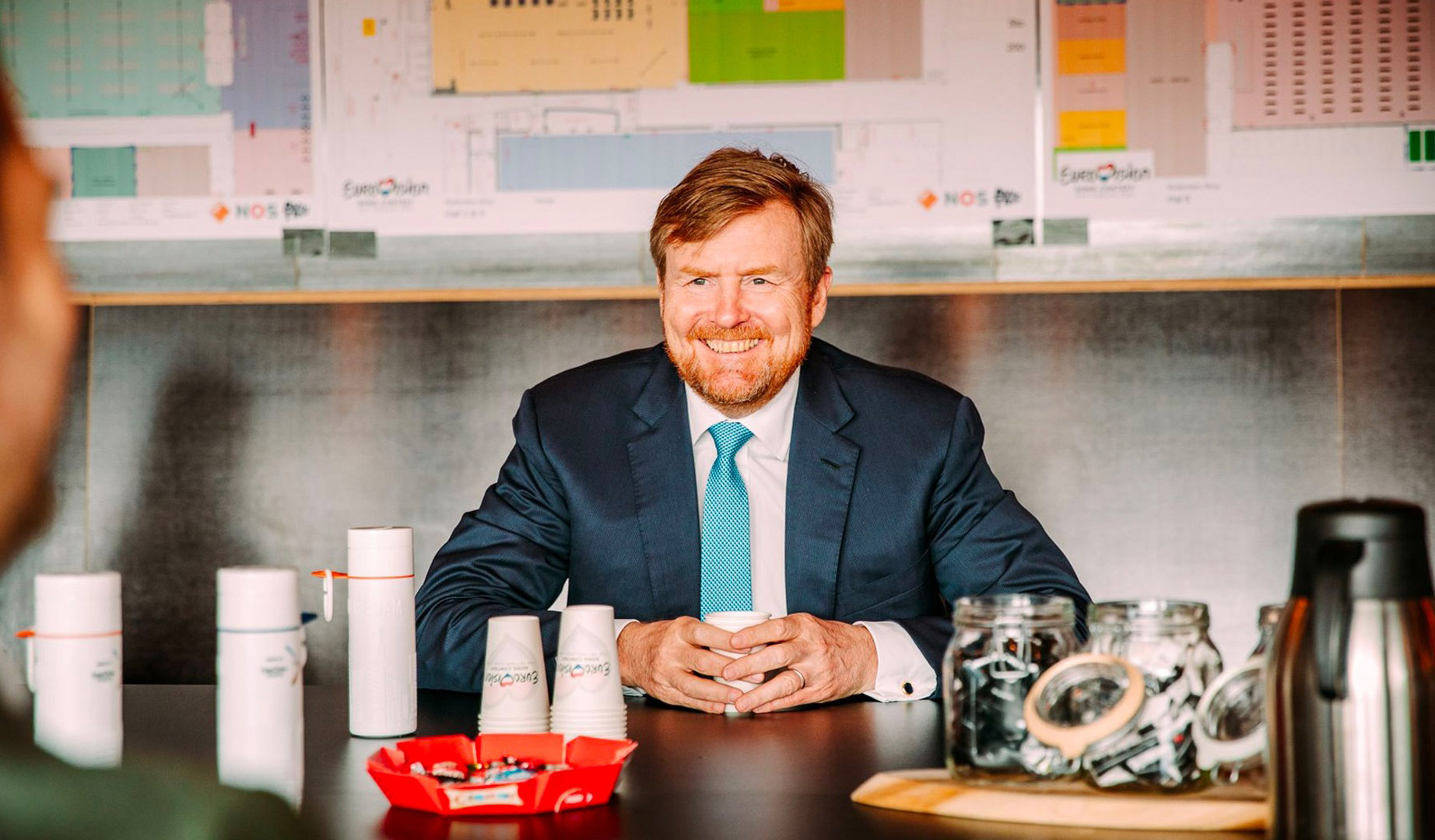 Today Dutch King Willem-Alexander visited Ahoy Rotterdam to see the progress that is being made when it comes down to the stage design, green room, and further organization of the Eurovision Song Contest 2021. He had a guided tour through the technical areas of the Ahoy venue. After his visit the Dutch King announced to be very proud of his country, and what has been achieved already, and what the Netherlands is going to come up with next May.

The last steps in building this year’s stage

These days the last couple of steps are being made when it comes down to building the stage, green room, and the further organization of the Eurovision Song Contest 2021. It is the biggest stage that has ever been built in Ahoy Rotterdam.

Unique look and feel for every competing country

King Willem-Alexander saw the mixing console that will be used to give all 39 competing countries a unique look and feel upcoming May during the Contest. Never before there was a bigger “front of house” in the Netherlands. The King was not only impressed by the technique, but also the huge Eurovision stage could carry out his approval. The stage, together with the huge LED screen behind it, is 52 meters. The stage is partially build over the tribunes of the Ahoy venue, and covers half of the arena.

For the first time in over 40 years

For the first time in over 40 years the Eurovision Song Contest is organized in the Netherlands again, after the win of Duncan Laurence and his song “Arcade”. Dutch King Willem-Alexander, Queen Màxima, and their 3 daughters received an invitation last year to attend the Eurovision Song Contest of 2020, but at this point it is not sure whether this is going happen again this year. There is a huge chance that it will not happen because of the COVID-19 restrictions in the Netherlands.

The Dutch Royals are huge fans of the Eurovision Song Contest. After the victory of Duncan Laurence in 2019 the Royals placed a big congratulations post on social media. Last year, when the Song Contest in Rotterdam was cancelled, but was replaced by an alternative show, the Royals placed a post on their Instagram stating a message for Europe. In this post Queen Màxima formed a heart-shape with her hands. Next to this, King Willem-Alexander had a call with Sietse Bakker, Executive Producer of the shows of 2020 and 2021.