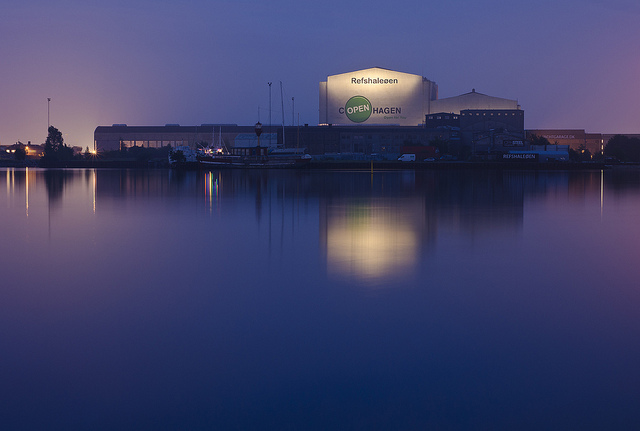 Copenhagen has been chosen as host city of the 2014 Eurovision Song Contest, Danish public broadcaster DR announced this morning. The event will be held at the B&W Hallerne at the Refshaleøen, under the slogan ‘Join Us’.

The former shipyard will undergo all necessary improvements to be able to host three state-of-the-art television shows in May next year.

The choice was approved by the European Broadcasting Union (EBU/EUROVISION) and the Reference Group, the contest’s governing body on behalf of the participating public broadcasters.

“We are looking forward to welcoming Europe in Copenhagen, which is full of cultural diversity, has an excellent infrastructure and a variety of hotels. At the chosen venue we have the opportunity to realise our creative ambitions. The entire area around the B&W Hallerne will be transformed into Eurovision Island, where delegates, press and fans will come together,” says Pernille Gaardbo, Executive Producer of the 2014 contest at Host Broadcaster DR.

“Copenhagen is one of Europe’s most popular tourist destination and has what it takes to host an event of this scale,” says Jon Ola Sand, Executive Supervisor of the Eurovision Song Contest on behalf of EBU/EUROVISION. He adds: “The chosen venue is a bold creative move, and we are confident that the good cooperation between DR and the City of Copenhagen will result in three shows that Europe will remember for a long time!”

Copenhagen has hosted the Eurovision Song Contest two times before; in 1964 and 2001. The Danish capital also hosted the contest’s 50th anniversary in 2005.

DR has given several cities the opportunity to bid for hosting the Eurovision Song Contest and evaluated their proposals with great eye for detail. Sand: “DR has given cities across Denmark a fair shot to host Europe’s biggest music entertainment show. We don’t just stand firmly behind DR’s decision to choose Copenhagen as host city, and also behind the thorough process that led to this outcome.”

In recent years, bids were held to select the host city of the Eurovision Song Contest in the winning country. Strong commitment, a reasonable financial contribution and value in kind from the host city lead to a more financially sustainable organisation. Over the past years, figures have shown the substantial economic benefit for host cities, often exceeding EUR 100 million in ad value and EUR 20 million in additional turn-over for the local economy.

Information about ticket sales and hotel bookings is expected later this year. A large number of hotel rooms have been block booked in Copenhagen for delegates, journalists and fans.

Denmark’s Emmelie de Forest won the Eurovision Song Contest in May in Malmö, Sweden, granting Denmark the right to host the next edition. The list of countries represented in the 2014 contest is usually announced in early January.

Semi-Finals of the 59th Eurovision Song Contest are set to take place on Tuesday 6th and Thursday 8th of May, the Final is scheduled for Saturday, the 10th of May. Some 170 million people from over 40 countries are expected to tune in for the upcoming contest.