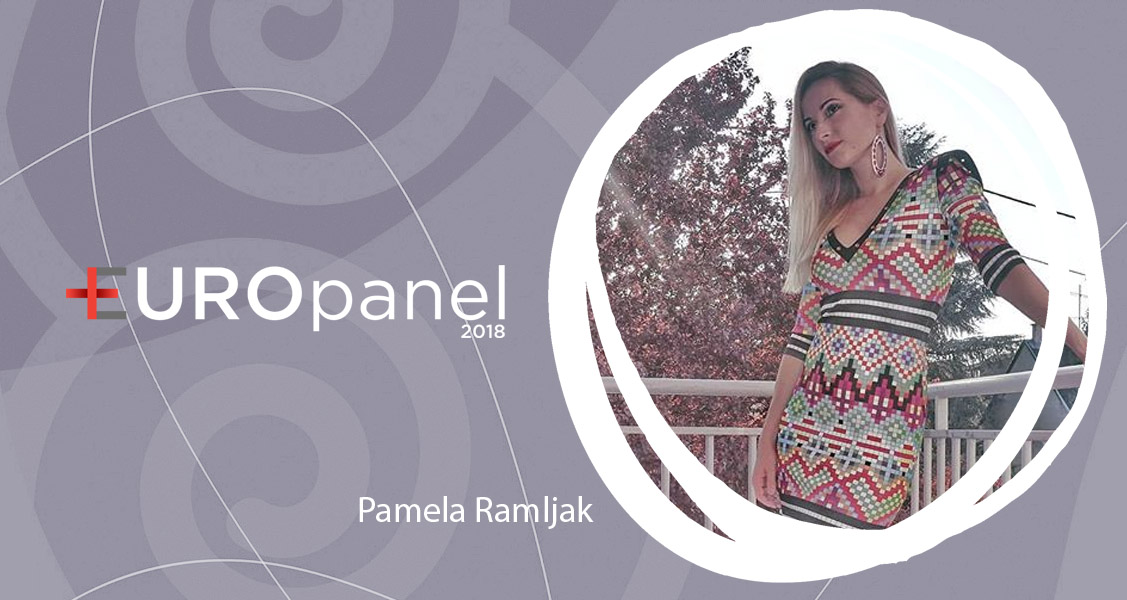 Today we bring you the points awarded by our expert panel member Pamela Ramljak from Bosnia and Herzegovina.

For the first time at age 6 she competed at the children’s festival. From 6 to 14 she won many competitions, including “Neretva’s voice” in Metković and “Children singing hits” in Sarajevo where for the first time at the age of 12 she recorded 2 songs for the then Jugoton as one of eight children who went on a tour of the former Yugoslavia as part of this children’s festival.

In Metković she finished elementary music school, and in Dubrovnik she enrolled in a secondary music school. In high school she conducted vocal technique at the Dubrovnik Choir and sang as lyrical soprano classical pieces, arias, with the Dubrovnik Symphony Orchestra as one of the best solo singers in the class of professor Dubravka Dabelić. Enthusiastic music knowledge complemented the performances at numerous festivals where she often won numerous awards and awards.

Pamela came to Zagreb in 1998, where she enrolled in the Music Academy, and during the study she performed as a leading and accompanying vocalist with numerous musical compositions. She also completed her singing knowledge by recording studio backs known for her extravagant stars, the longest being the collaboration with Toni Cetinski in Croatia (four-year collaboration on Toni’s album “Now ..” she wrote the song “Stay Forever”) and Amila Glamočak in BiH. She also worked at the private music school “Mikrofon star” as a singing professor.

After completing the Academy, Pamela started her solo career. In the Croatian Idol competition, the victory was eliminated by a few votes, and in 2005 together with Neda Parmać and Ivana Marić founded Feminnem, in which it works until its completion in 2012. With band Feminnem performs on the Eurovision Song Contest, 2005 in Kiev as a representative of Bosnia and Herzegovina and in 2010 in Oslo as a representative of Croatia. She has been several times at other Croatian and international festivals where she has won various awards with the group.

After 8 years in the group in 2012 she started her solo career. The first single, “You do not love me”, the energetic ballad that she wrote for both text and music, showed “to think seriously” and with house song with an interesting title ” the mother son ” with whom she approached the younger audience. Pamela started to climbe on the charts in Croatia and Bosnia and Herzegovina. She lectured on music culture in the schools of Ante Kovačić, Fran Galović and Tituš Brezovački in Zagreb. She works on her first independent album by Ante Pecotić and Boris Đurđević. Pamela has recently released two more successful singles “Kad tad” and “Together we are the best” announcing the release of the album in the autumn of 2013. She also gained the lead role in the Les Miserables, which will perform its premiere on September 27 in the Varaždin Arena.