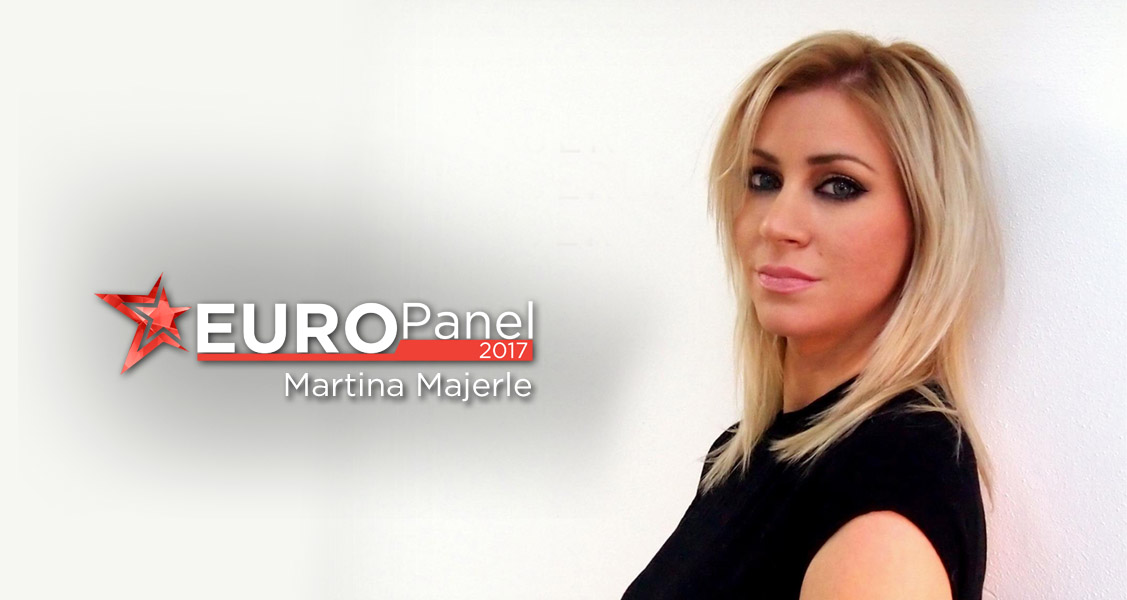 Today we bring you the votes of our expert panel member Martina Majerle from Croatia.

Martina Majerle (born May 2, 1980 in Opatija, Croatia) is a Croatian singer of Slovene origin. She made her first serious steps into the world of music as the lead singer of the Rijeka band Putokazi.  She continued her musical career as a soloist in the ambient-electro-pop band Atmospheric. Martina also worked for Croatian RTV Orchestra in projects regarding the Croatian national broadcaster like The Voice, Singing with Stars etc.

Martina participated in Eurovision Song Contest eight times. She represented Slovenia in 2009 in Moscow, Russia together with the string quartet Quartissimo performing “Love Symphony”. As a background vocalist, Martina performed for several countries in various editions of the contest. In 2003. For Claudia Beni (CRO), in 2007. for Alenka Gotar (SLO), in 2008. for Stefan Filipović (MNE), in 2011. for Maja Keuc (SLO), in 2012. for Eva Boto (SLO), in 2014. for Sergej Ćetković (MNE) and in 2015. for Nina Kraljić (CRO).

As a lead singer she performed at Split Festival and Chansonfest,Croatia. She also colaborated with Slovene songwriter Dare Kaurič on singles Čokolada In Vanilija and Luna Nad Obalo. She founded her own project „Passione Mediterranea“ performing mediterranean music  such as portuguese fado, french chanson, italian, spanish and croatian music as well as russian gypsy songs.