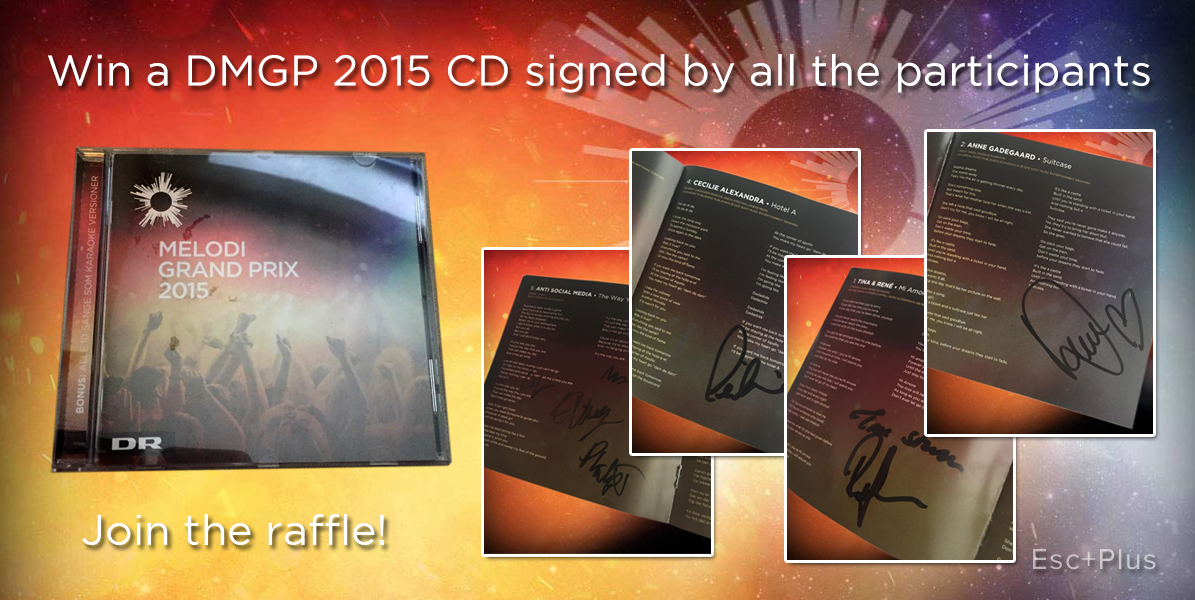 Last Saturday, the Danish national final Dansk Melodi Grand Prix 2015 was held. 10 great songs participated, and if you have thought ever since, how you wanted to listen to those songs again and again, now is your chance! We’re are giving out one cd, containing all songs from the show + the karaoke version.

But there is more! This cd is namely signed by all 10 acts that participated in DMGP 2015, including the winners from Anti Social Media, and former JESC participant Anne Gadegaard. If you want a shot to win this cd, all you have to do is going to your Twitter/Facebook account, and do as described below.

Join the raffle and win a #drgrandprix 2015 CD signed by all the participants! #eurovision #esc2015 #denmark pic.twitter.com/nSuDlf97fW

The raffle will be open until the 10th of March.

NOTE: Our team will check if the winner has fulfilled the requeriments to enter the raffle and they will post a screenshot with the result.

Good luck to everyone!