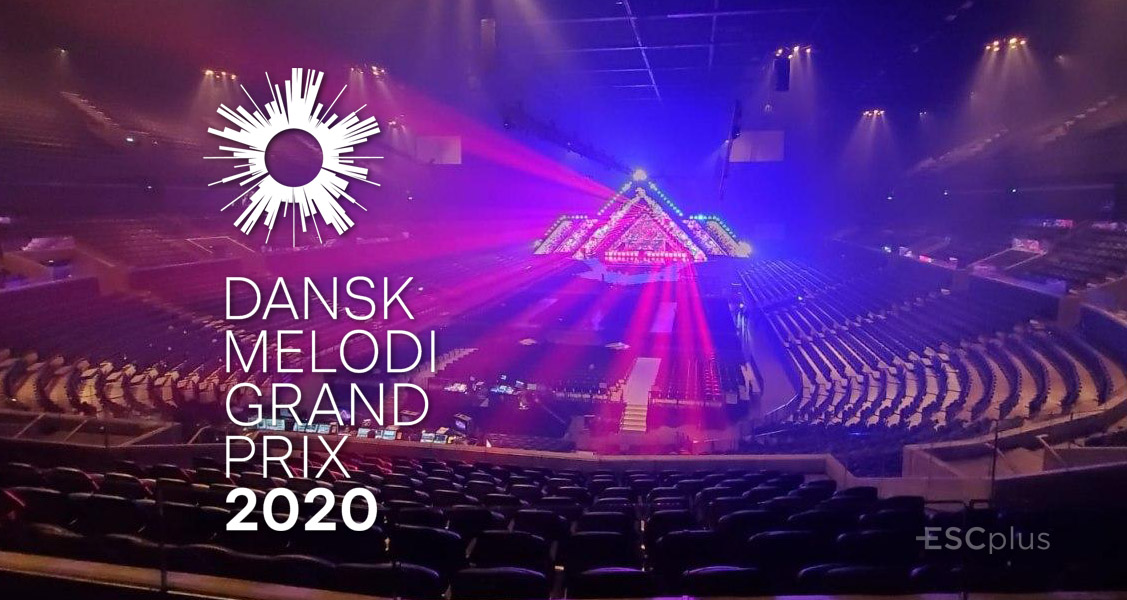 The Danish song contest that will award its ticket to Eurovision will take place tonight from the Royal Arena in Copenhagen. The event will feature a live orchestra for the first time in many years. This year, the show producers have sought to bring greater musical diversity to the showcase with an emphasis on the production of live music. Unfortunately, the arena will be empty amid public health concerns related to the coronavirus. Press will be allowed to watch the live broadcast from a press room in the arena and interview the winner after the show.

WHO IS COMPETING (RUNNING ORDER)

Kicking off the show is the most notable Danish act in this year’s competition, Isam B. He is known for his two-decade career with the rap group, Outlandish. Tonight, he takes his folksy song to the stage and in doing so provides a different direction musically for his fans.

Second up, are this year’s pre-contest favorites – Ben and Tan. Two X-factor alumni unite on the overly repetitive ‘Yes’ which will be the earworm of the night. Its Monsters and Men sound have made it a favorite of fans ahead of the live performance. Can they deliver onstage?

Next, we have Maja og De Sarte Sjæle performing ‘Den eneste goth i Vejle’. The song is a tribute to the only goth in a small town in Denmark that worshipped the bands of the eighties, the Smiths, New Order and the Cure. This is definitely the dark horse of the competition with the potential for fans to respond to its lyrical musical references and coinciding alternative sound.

Leaving the village behind we turn to Benjamin Kissi next. Benjamin gives us ‘Faith’, an upbeat soul-pop number with lots of hook.

Finishing up the first half of the running order we have Emil with ‘Ville ønske jeg havde kendt dig’. Emil co-wrote this song about his grandfather whom he never had the chance to meet. A folky number that continues to bring the Danish language to the fold tonight.

Next up is Sys Bjerre with ‘Honestly’. Sys is a jury alumni from both Dansk Melodi Grand Prix and Eurovision. Sys is another recognized artist in Denmark. Her song pleas that she wants ‘polar bears when my kids grow up’. This is more than a pop song for Sys, it’s a social message.

Next we have the very charming Jamie Talbot, a runner up from X-Factor 2018. The extremely radio-friendly ‘Bye Bye Heaven’ suits his voice to perfection. Ironically, Jamie received a wild-card berth to the final tonight after not advancing through his regional selection during the radio semi-final.

Eighth in the running order we have Sander Sanchez, who is bringing the social commentary back to the forefront with ‘SCREENS’. The song is an energetic piece of electronic pop with tinges of a Sam Smith sound. It is an obvious social commentary on our preoccupation with staring at our device screens.

Next to last in tonight’s show we turn to Kenny Duerlund with another fan favorite, ‘Forget It All’. Kenny brings his musical theatre background to the competition and says that his “We all have something in our backpack that we have put on. Something that inhibits and restricts us. Sometimes you meet a person who makes you forget everything and reset it all, which can be very healthy.”

Closing out the show is the duo Jasmin Rose feat RoxorLoops. The couple is linked both musically and romantically. Jasmine says “Human” comments on how people are “Losing touch with each other in an increasingly technological world.” This is a futuristic, driving piece of modern pop. This should position itself well for a return into the superfinal.

In the first round of voting the top three advanced to a superfinal based on the votes of a ten-member jury (50%) and a public vote (50%). In the superfinal, the winner will be selected by the public only.

Ben and Tan with ‘Yes’ have been the bookies favorite by a small margin ever since the songs were relased. The second most likely to win is the other duo in the competition, Jasmine Rose and Roxorloops.

It’s a busy night for national finals with simultaneous events happening in Finland, Sweden and Portugal. The best bet is to head on over to the ESCplus multi-window viewer to watch all the action at once, with Dansk Melodi Grand Prix starting at 20.00 CET. Stay tuned to ESCplus channels on social media for updates from inside the arena in Copenhagen, fan reaction and winner press conferences.

What do you think of the songs? Who should represent Denmark at Eurovision in Rotterdam? Let us know in the comments and don’t forget to vote in our poll!