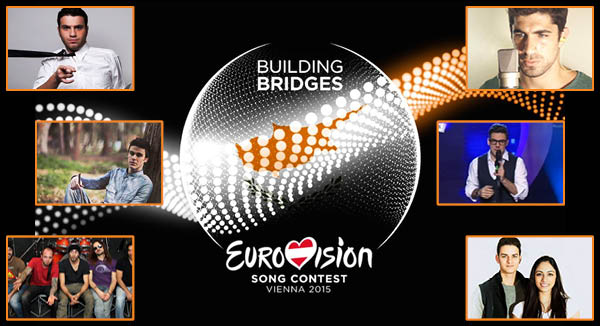 After six audition shows and two Eurochallenge rounds, only six lucky finalists will compete to represent Cyprus at the Eurovision Song Contest 2015 in Vienna.

The running-order for the Grand Final is as it follows:

The winning song will be decided through a 50/50 jury-televote deliberation, the public televote started right after the second Eurochallenge and it will remain open during the Grand Final. As for the jury vote, the jury panel will made up of Elena Patroklou (1990), Alex Panayi (1995 and 2000) Despina Olympiou (2013), Tasos Trifonos and Bruno Berberes (former French Head of Delegaton and Executive Producer of The Voice in France).

The Grand Final will start at 20:30 (CET) and you can watch it live by clicking on this link.

Who do you want to represent Cyprus?