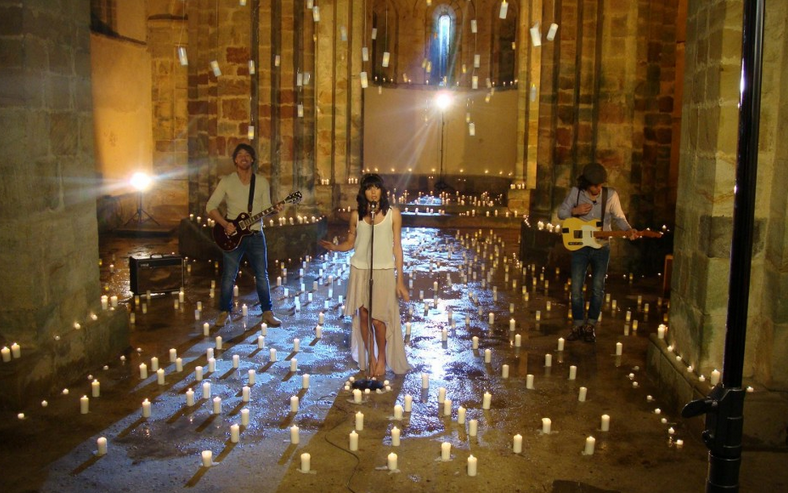 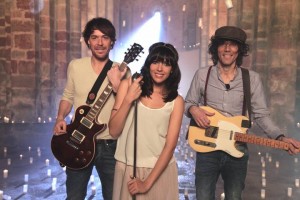 El Sueño de Morfeo (Spain) has released this afternoon the new version and the official music video of you until the end, the issue that will defend in Malmö. The Premier has been in the program +Gente on TVE at 20:45 CET

Spain selected El Sueño de Morfeo to represent Spain at the forthcoming Eurovision via an internal selection, whilst the 2013 Spanish entry was selected during as special televised gala last week via a 50/50 public- televoting deliberation.

The sound of a bagpipe is heard on an image that moves to the sea level. Camera goes between the waves, begins to rise and see a large cliff in the distance. As you approach it, a young woman with a long, pink dress contemplates the horizon… So begins the music video, directed and performed by Pedro Castro and filmed in different locations of Llanes and the beaches of Celorio. Two of the components of the group, David and John, are Asturian, while Rachel is Gran Canaria. The song ‘Contigo hasta el final, composed by Raquel del Rosario, David Feito and Juan Suárez, is a journey of emotions since the introduction of the epic, with bagpipes as the protagonist, to make way for a half-time leading to a rocker theme. Speaks of two people when they had already lost faith in love, realizing that I didn’t know what was up to that time. They set off together the journey of life, until the end.

The director of the video, Pedro Castro, briefly explains in that was inspired for the filming of the video for “Contigo hasta el final”:

“The new video clip of el Sueño de Morfeo for me is a reflection towards the search for love and therefore have sought interpretation of the song not a literal way but a way more profound and magical. Therefore both the boys and I, decided to shoot at Asturian lands by the magic that the landscapes have.
The structure of the video has two parts. On the one hand the playback of the group that takes place in an ancient empty stone monastery, which we filled candles. The symbolism of this place is the search for spirituality not through something external but through oneself. The candles are the symbol of light in times of darkness especially when it comes to those moments of personal and spiritual darkness.
In the story I wanted to represent a connection to that party more profound self. The symbol of the white Mare for my pose all these values. The courage, loyalty, sensitivity and a level deeper connection with the feminine, the cycles of life and the universe that surrounds us.

The story begins on a cliff where Raquel looks into the vastness of an unknown Ocean which lies opposite it. A step in this direction and will fall into the abyss of the unknown. At that moment appears the mare. Together begin a journey to love deeper there is love for one’s self, a journey in which Raquel will have to learn to trust in the Mare, who represents his side more staff your I internal.