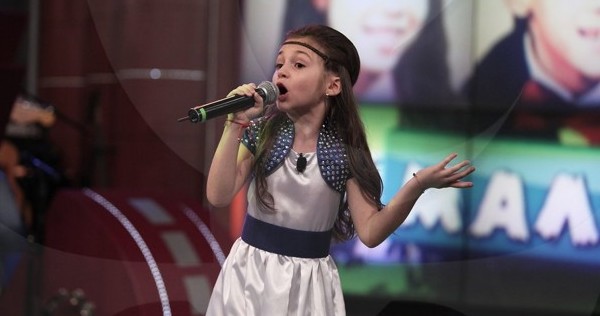 Bulgarian broadcaster BTV has just announced on TV that BNT will be taking part at Junior Eurovision 2014, that means it is back after a 2-year absence financed by a new broadcaster.

Yesterday, the web-site novini.bg published the rumour,  Krisia Todorova had been internally selected by the Bulgarian broadcaster BTV to compete at Junior Eurovision 2014.  The idea came from Slavi Trifonov (Slavi’s Show), who discovered Krisia (Chris), she will be accompanied by a pair of twins (piano virtuosos aged 10) Ibrahim and Hassan Ignatovi. The song will be composed by Ivailo Valtchev, whose team is now discussing among several compositions.

“I will make Chrisia a global star! She has all the qualities, the song is already done, and is the best that Bulgaria can take out now. The next winner of Junior Eurovision will be Bulgaria, be sure in this.”, commented Slavi to novini.bg.

The announcement has taken place during the “Slavi’s Show” where the little singers usually perform as guest. Krisia is the most talented young singer in Bulgaria, she has already performed in many shows and official acts: