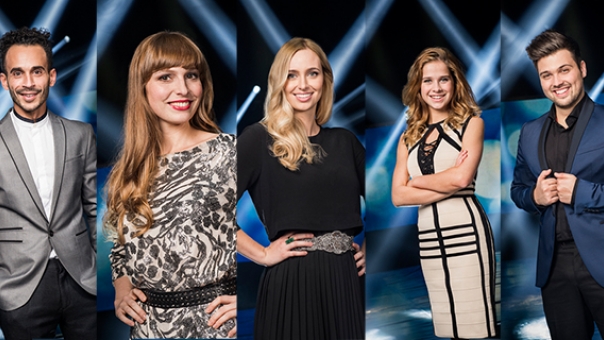 Today, the first live show of “Eurosong 2016” will be broadcasted on een!

At tonight’s show, the 5 candidates will be performing the following Eurovision Song Contest classics being given feedback by experts Stijn Kolacny and Alexander Rybak:

The Belgian national selection for Eurovision 2016 will be formed by three live shows hosted by Peter Van de Veire.

All 5 candidate entries will be presented at the second live show to take place on January 10, where Tom Helsen and Beverly Jo Scott will provide the participants some tips. The last and final show will be held on January 17, with Hadise and Christer Björkman giving some advice and support. The winner will be decided by ten European judges and the audience via televoting.