After the auditions on the 4th and 5th of December at BRTC ”600 Metrov” studios, the 15 acts which were decided to perform at the televised show have now been drawn in order to decide which place they will be occupying to sing in the running of the show. Therefore, a seven-member jury and the televoting votes combined will make up who will wave the Belarusian flag in Austria. 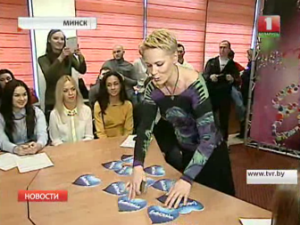 The participants have attended BRTC headquarters tod ay to meet the producer and explain how they want their performance to look like, just three weeks ahead of the competition. It has also been pointed the recording of the preceding postcards which will take place next week. So the running order looks as it follows: