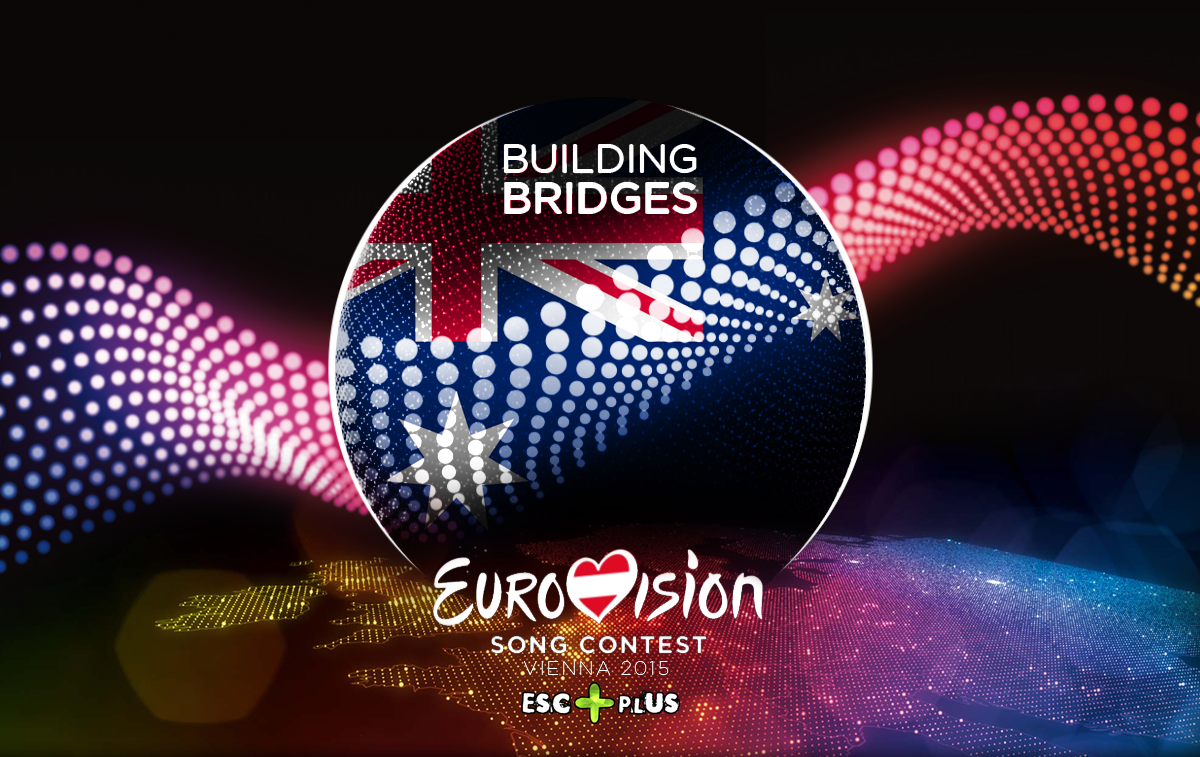 Share
Tweet
Share
Share
Email
Comments
As Australia makes its’ debut entry at this year’s Eurovision Song Contest and the 60th event anniversary, another milestone event is set to take place – the first-ever Australian Eurovision Song Contest Preview Party.
The event has been scheduled for Saturday 2nd May 2015 at one of Melbournes’ most prestigious cultural and event locations, the Bella Union Bar at The Trades Hall; and will present all 40 entries for this year on the big screen prior to the contest for the first time to many Australian fans.
The organiser, Sharleen Wright, who also administers the growing Australian Eurovision Fan Club Facebook group, states that such an event is harnessing the growing interest in the contest locally.
“Eurovision has always been popular amongst the multicultural population of Melbourne, however over the past few years it has grown beyond the original audience of those who are looking to re-connect with a little piece of home.  The audiences and knowledge of the contest is building here through locally created broadcaster coverage with SBS and increased media attention in the print media. But with our debut participation, the interest has now reached fever pitch” claims Wright. “Hosting a preview party in one of the largest cities in Australia, giving the community both an early taste of the contest to assess our competition and providing a much-needed social outlet for those already heavily engaged with the fan community feels like the best way to celebrate the special occasion”.
The event will allow fans to see all the preview clips, vote for their favourites and a final tally and winner to be revealed on the night.  Beyond the voting, the organisers will be awarding special Eurovision prize packs for the best-dressed, encouraging fans to embrace the theme by dressing as their favourite entrants from yesteryear; and the party will continue late into the evening with the bar serving Eurovision themed cocktails and DJs will spin classic Eurovision songs so guests can dance to their all the best Eurovision tracks.
The Australian Eurovision Fanclub Facebook group hopes that this is just the start of a more active local Eurovision event calendar and a united Australian fan environment.
“Over the past year we have hosted smaller fan parties in Melbourne and Perth, as well as put on special screenings of Euro Euphoria, which is a fan-focused Eurovision documentary from Estonia.  One of our community radio stations here hosts a season of Eurovision shows on Saturday nights and Sydney is having its own ‘Eurobash’ nightclub in May. Clearly there’s an audience and a level of excitement for the contest out there, and we hope that this will become an annual event”.
There are still some surprises and arrangements in progress to give those in attendance some highlight moments to remember.  “Who knows, maybe one day we can start bringing special guest performers out from Europe to entertain us Eurovision-mad Aussies?”
Event Details: 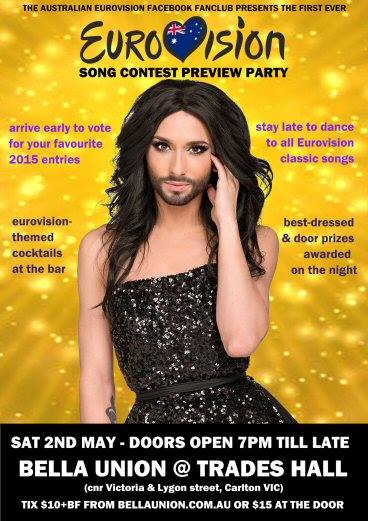