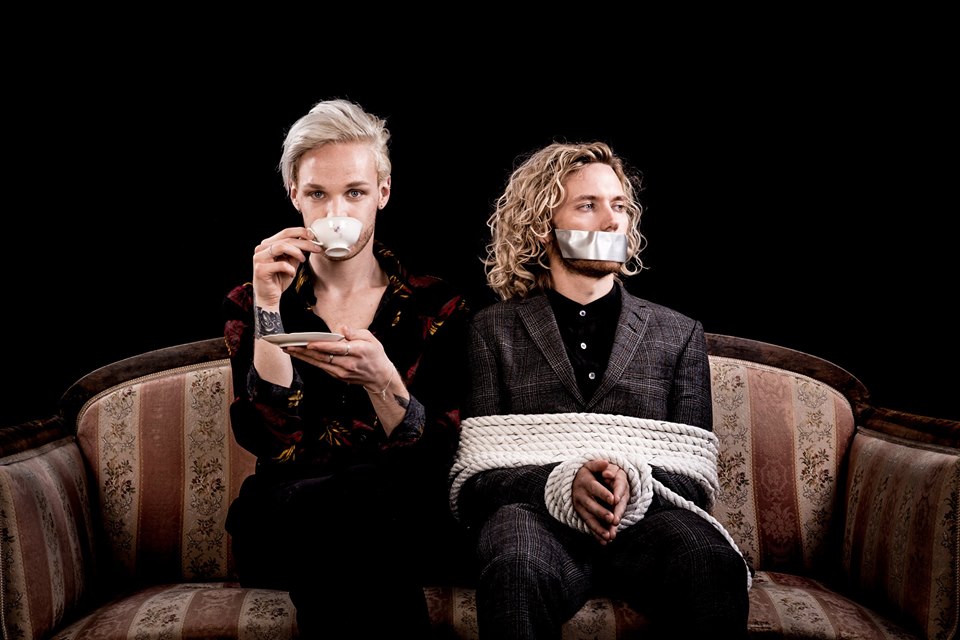 The first national finalist of 2019 was officially decided way back in the end of summer during the finals of  Sverigesradio P4 Nästa contest.

The Melfest finalists, The Lovers of Valdarro were the chosen act this past year. Their euphoric-new-wave synth-driven sound made them a natural fit for the Melfest lineup.

The Lovers of Valdaro was formed in the early days of 2018. Adam Warhester and Erik Höiby, both influenced by the electronic pop music of the 80s, met in a bar and started to put things to work.

In a sense – this is all you need to know right here if you are a fan of the same bands.  The Lovers of Valdaro are the 2019 personification of the principles of the synth duos of Erasure and the Pet Shop Boys.

During Spring 2018 the first tracks came to life and one of them, “Lost Forever”, was picked to be the debut single and was what delivered them their ticket to Melodifestivalen 2019.

Once their Melfest journey began, Erik and Adam would then release their official entry as per the normal rules for entries needing to be after September 1st for Eurovision consideration. During the fall of 2018 they released the EP “Euphoric Melancholic Electronic” which perfectly sums up the sound of the band. They selected the track “Somebody Wants” (written by Peter Boström and Thomas Gsson who wrote Loreen´s “Euphoria”) as the track to compete at Melodifestivalen.

Sadly, the results were not strong enough to send them further in the contest.  But this was a great moment for the guys as they took all the spotlight of the popularity of Melodifestivalen and made new fans.

Shortly after their participation in Melodifestivalen, they proceeded to launch another single called ‘Faster To Nowhere’

Currently, the band is having their first tour “Faster to Nowhere”, playing loads of Pride festivals and clubs in Sweden and will end it off with their second performance at the big stage at Stockholm Pride. Erik & Adam are aiming to go international for 2020 and have begun to write music with Ricky Wilde (the brother of Kim who wrote all her big songs). They have also worked all through the way, amongst others, with Paul Rein (writer of Christina Aguilera’s “Come On Over”).  The world definitely needs more of their “Euphoric Melancholic Electronic” music.