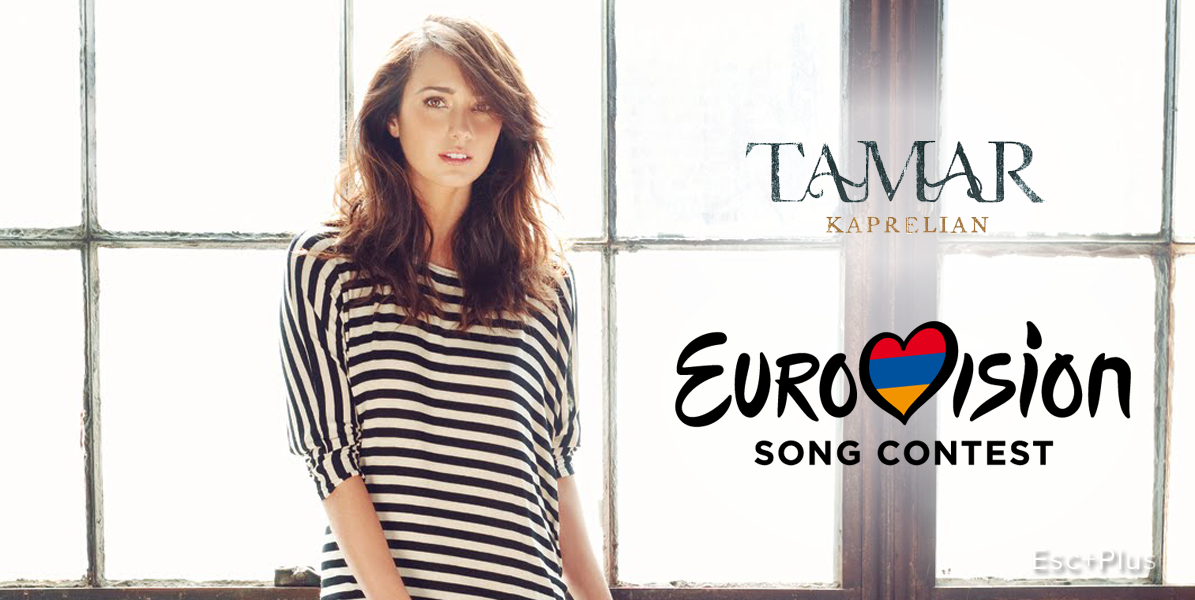 ARMTV has just revealed the name of the second member of their sextet for Eurovision 2015!

Tamar Kaprelian is the member from America!

Tamar Mardirossian, better known by her artist name Tamar Kaprelian, was born in Scottsdale, Arizona to Armenian parents, but she grew up in Georgia and California. Kaprelian is her mother’s maiden name and she chose it in honour of her grandfather who died a few years before her career began. Tamar is incredibly proud of her heritage and she wants people to know that she is an Armenian. Her great-grandparents are from Old Armenia.

Her interest in music began when she discovered the works of Billy Joel and Paul McCartney, although she also cites classic Disney film songs as an early influence.

Kaprelian won the OneRepublic “Apologize” Cover Contest in March 2008, and as a reward, Ryan Tedder helped bring her to the attention of Interscope Records which signed her shortly afterward. Wax Ltd produced her song “New Day,” which went on to be her first single, and her first album Sinner or a Saint on Interscope records was released August 24, 2010. During 2010, she performed Dev’s part of “Like a G6” with The Far East Movement at selected live performances. Her first EP, California, was released on June 19, 2012.

“To be included in this competition at a special time when we are commemorating such a landmark anniversary for Armenia is an amazing privilege for me. I am so excited to be joining a very talented group of artists to represent Armenia and America, and to share a positive message about peace and unity with the audiences”, states Tamar.

The members of Genealogy are originally from Armenia, but they all live in different continents, the idea is ”to unite 5 continents and Armenia through the power of music”, we guess this applies this year’s motto ‘Building Bridges’.

Peace, unity and tolerance, that will be the key message of the Armenian entry in the 2015 Eurovision Song Contest to be called “Don’t Deny”.

The five artists at the same time symbolize the five petals of the forget-me-not flower. In their centre, the group will be unified by a sixth artist, who will be from Armenia.

Two names out six have been revealed until de date:

The rest of the artists who will form this project will be announced in the coming days, stay tuned!