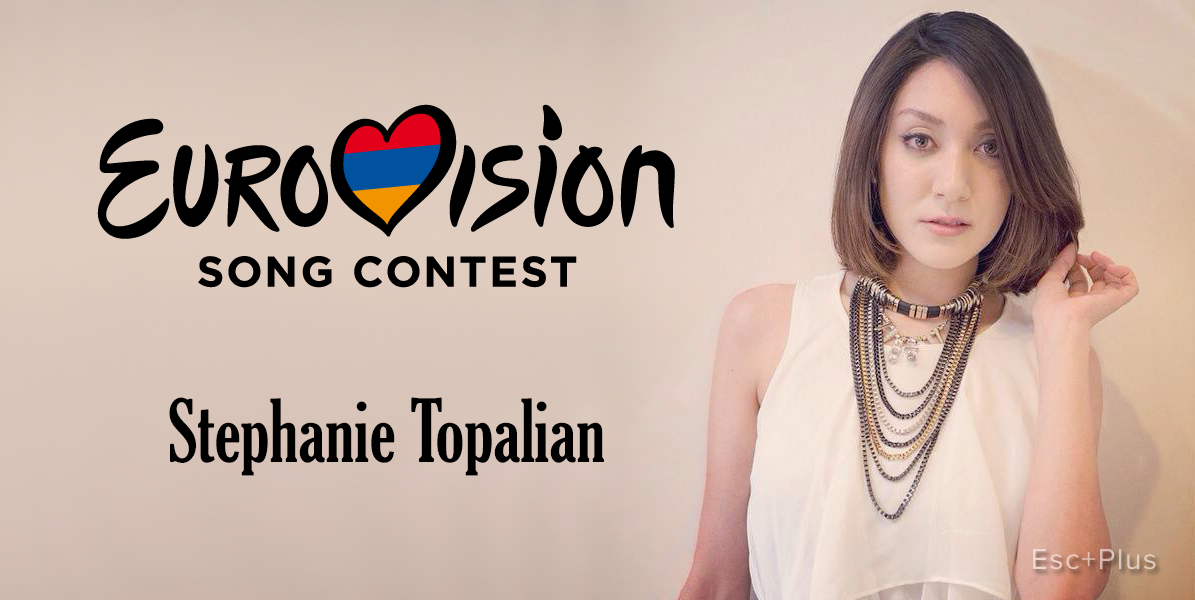 ARMTV has just revealed the name of the fourth member of their sextet for Eurovision 2015!

Stephanie Topalian is the member from Asia!

Starting singing at the young age of 13, and at the age of 19 Stephanie made her major debut in Japan from SME Records (SONY). She achieved the Best New Artist Award at the 49th Japan Record Awards in 2007 and afterwards released two albums.

Stephanie’s songs have been widely featured in the Japanese Anime scene. Her 1st and 2nd single, Kimiga Iru Kagiri and Because Of You consecutively became the ending themes of the Anime Kiss Dum. In early 2008, her single Friends became the second ending theme for the Anime TV series Gundam 00. The song was listed in the top 10 of the Japanese Oricon charts.

As an actress Stephanie debuted in the film Pride in 2009, based on Yukari Ichijo’s shōjo comic. She portrayed the protagonist Shio Asami, and also took part in the film’s theme song. In 2014 Stephanie also starred in Tokyo Tribe.

The members of Genealogy are originally from Armenia, but they all live in different continents. The idea is ”to unite 5 continents and Armenia through the power of music”, we guess this applies this year’s motto ‘Building Bridges’.

Peace, unity and tolerance, that will be the key message of the Armenian entry in the 2015 Eurovision Song Contest to be called “Don’t Deny”.

The five artists at the same time symbolize the five petals of the forget-me-not flower. In their centre, the group will be unified by a sixth artist, who will be from Armenia.

Four names out six have been revealed until de date:

The remaining two artists who will form this project will be announced in the coming days, stay tuned!