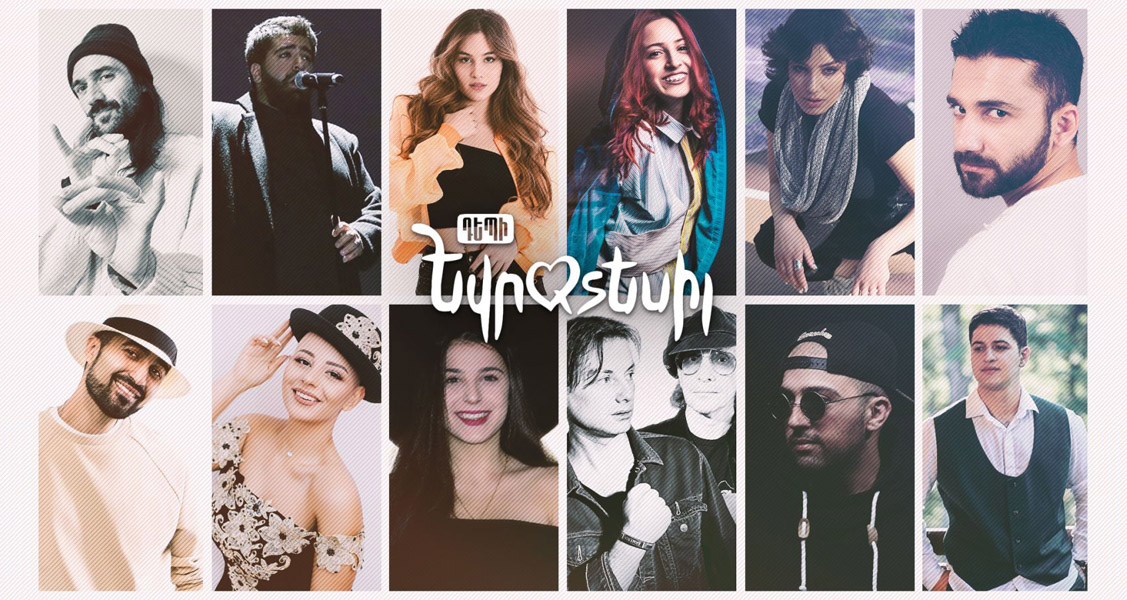 AMPTV has revealed the candidates that will compete at the final of Depi Evratesil on February 15th. Armenia is back to an open selection after the last year’s internal choice of ‘Srbuk’, who didn’t go through to the Eurovision Grand Final.

A total of 53 applications were received by the broadcaster. After a long deliberation, the professional jury panel made up of Naira Gurjinyan, Anita Hakhverdyan, Lilia Nikoyan, Ruben Babayan, Vardan Hakobyan, Tigran Danielyan, David Tserunyan, Karen Tataryan and Anush Ter-Ghukasyan selected the 12 entries that will take part at the Armenian final:

AMPTV will reveal the competing songs next week on their official YouTube channel. The final of Depi Evratesil 2020 will take place on February 15th at 19.00 CET.