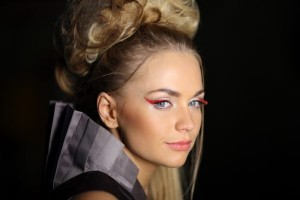 After the national final of Belarus in December, Alyona Lanskaya, the Belarusian representative, has decided to change its song “Rhythm of love” for another one: “Solayoh“.

This new song has been supervised by the UER because its author uploaded it to his MySpace page in 2008. After the supervision, UER has decided Belarus can participate with “Solayoh”. From this edition, if a song isn’t unpublished before September of last year’s present edition, it will have to be supervised by the UER which will decide if the entry can participate or if it cannot.

Here you have the new Belarusian entry live at the Romanian national final:

Belarus will participate at the first semifinal of the 58th edition of Eurovision which will be held on Tuesday, the 14th of May.