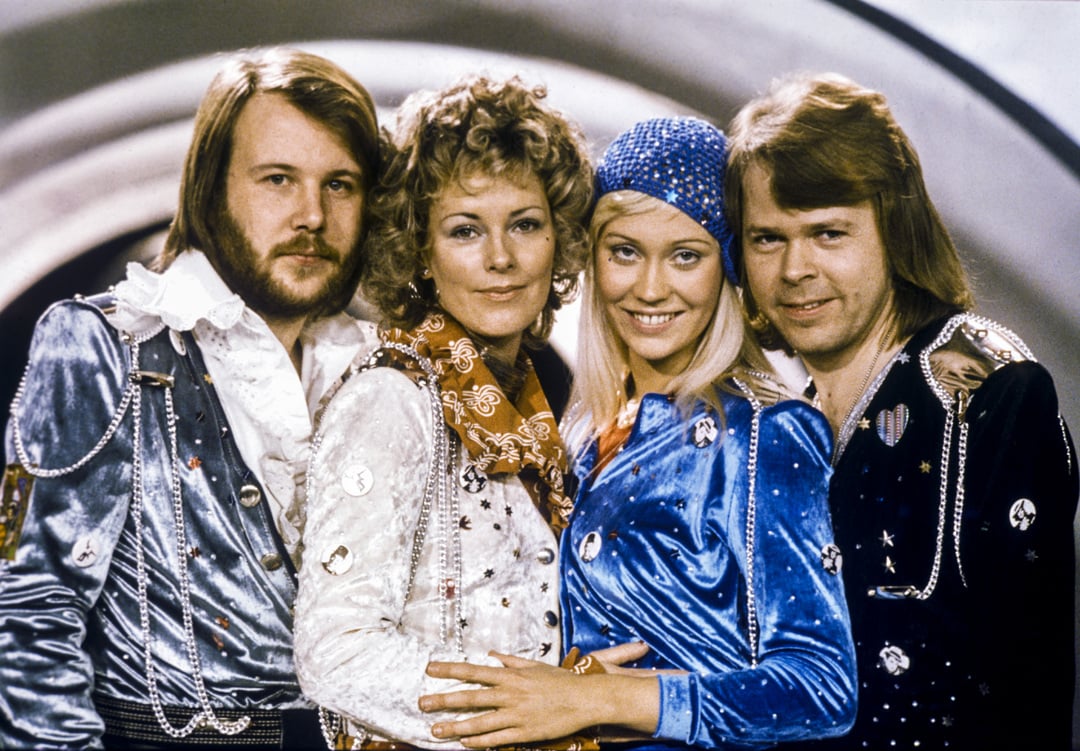 Yes, you read it right! ABBA has reunited in the studio to record two brand new songs! 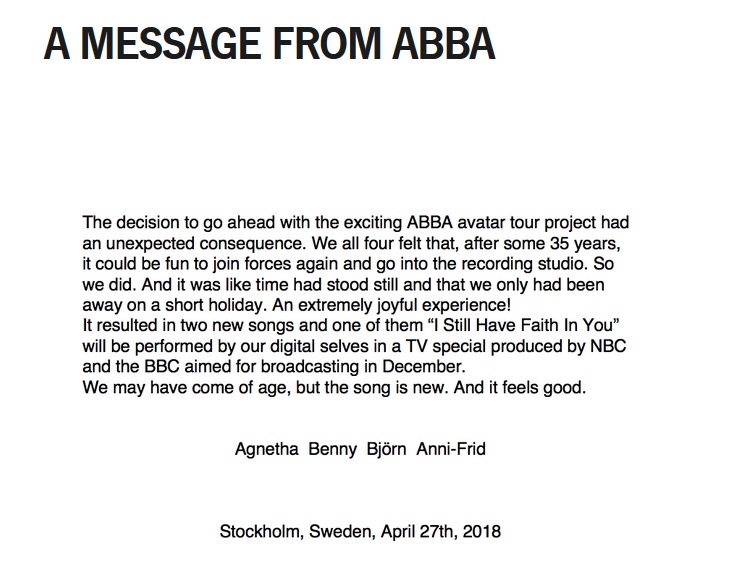 A few days ago, ABBA member Björn Ulvaeus announced during a keynote speech at the EBU Media Summit that the group would make a digital comeback as “Abbatars” in a TV special produced by NBC and BBC in December. It was revealed that one of the two new songs is titled “I Still Have Faith In You” and it will be one of the songs performed by the “Abbatars”.

ABBA won the Eurovision Song Contest in 1974 with “Waterloo” and their career skyrocketed after their victory. It’s been 35 years since they released new material and fans are getting super excited hearing the news. Most of them are still expecting a physical comeback, however, the group members have said many times that is never going to happen. But who knows… This group is full of surprises!