The waiting is over! A while ago, the Austrian broadcaster ORF announced that the host city of the 60th edition of the Eurovision Song Contest will be Vienna! The contest will take place at the Wiener Stadthalle arena located in the 15th district of Vienna, Austria. The capacity is 16.000 seats. 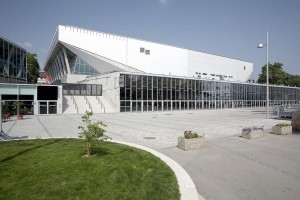 Vienna, thanks to Conchita Wurst who brought to Austria the first prize, will host the two semi-finals on Tuesday 19th and Thursday 21st of May 2015 while the Final is scheduled for Saturday, the 23rd of May 2015.